Sponsorship deal announced for Romantic Novel of the Year Award 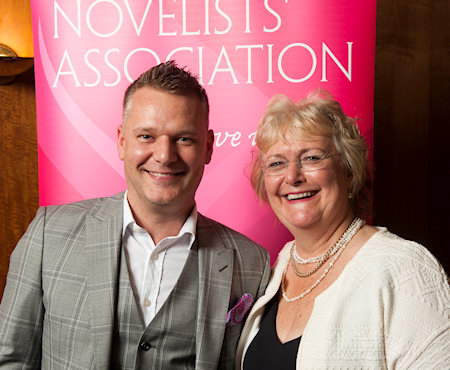 The Romantic Novelists’ Association (RNA) is delighted to announce that prestigious London bookshop, Goldsboro Books, will sponsor the Romantic Novel of the Year Award 2016.

Goldsboro Books is the leading independent bookshop, specialising since 1999 in first editions, signed, collectable and exclusive books. Situated in Cecil Court in London’s West End, it has gained a reputation for championing debut authors, as well as creating the UK’s largest book collectors’ club and is influential in selling large quantities of hard-back fiction.

David Headley, owner of Goldsboro Books and founder of DHH Literary Agency, said, ”Part of the success of Goldsboro Books has come from the very close relationships that we’ve built with publishers and authors over the years. The RNA is an organisation that mirrors this type of collaboration within the industry and therefore it seemed fitting to sponsor the Romantic Novel of the Year Award. Although romance in its own right is a huge genre, you’ll also find the themes of romance in so many other genres and in the huge range of books we sell.”

Katie Fforde, President of the Romantic Novelists’ Association, announced details of the sponsorship to a packed audience of RNA members. “Bookshops are disappearing at a terrific rate and we are thrilled that one of the best bookshops in the country is sponsoring the Romantic Novel of the Year Award. Authors and publishers need the support of bookshops and this is a perfect way of celebrating that collaboration.”