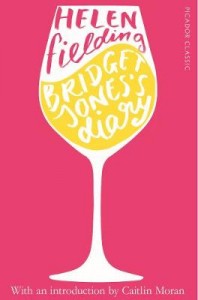 After a reader poll run as part of the Romantic Novelists’ Association’s 60th anniversary celebrations, we are delighted to announce that the most popular romantic book of the last 60 years is Bridget Jones’s Diary by Helen Fielding.

The overall winner was chosen from some of the bestselling titles of romantic fiction published over the last 60 years, voted for by the public and RNA members. A shortlist drawn from member votes was created for each year, with an overall book winner from each decade going forward to the final, in which Bridget Jones’s Diary competed in a head to head with Riders by Jilly Cooper.

Best-selling author and President of the RNA Katie Fforde said, “In Bridget Jones’s Diary, Helen Fielding gave us a new genre which has been endlessly copied but never surpassed. Romantic fiction is timeless and books written decades ago are still loved today. This is a wonderful list with some real classics on it. Read them all!”

The winners of each decade are as follows: