WINNERS for the 2021 Romantic Novel Awards 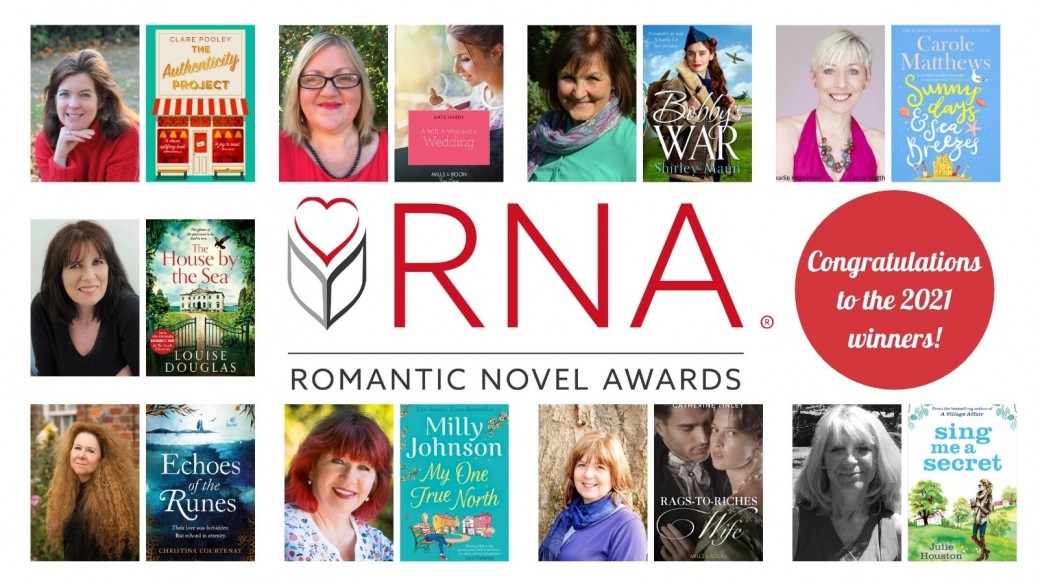 The RNA announces WINNERS for the 2021 Romantic Novel Awards

MONDAY 8th March 2021: We are delighted to announce the winners for our prestigious 2021 Romantic Novel Awards, and Mike Gayle was presented with an Outstanding Achievement Award, in recognition of his extraordinary contribution to the field of romantic fiction.

Actor Larry Lamb revealed the winners of each category in an online event, compèred by author and broadcaster Jane Wenham-Jones.

RNA Chair Imogen Howson said, “In a year when we have had to deal with anxiety, isolation, lockdowns, and some very surprising product shortages, romantic fiction has remained a source of escapism and comfort – an almost literal lifeline.

The Romantic Novel Awards showcase some of the very best of romantic fiction, and I am delighted and proud to be part of an industry that gives so much happiness to so many people.”

Julie Houston, Sing Me a Secret, Aria, Head of Zeus
Winner, The Sapere Books Popular Romantic Fiction Award
(for the most commercially successful and popular romantic novel of 2020 as voted for by book bloggers, librarians and booksellers)

Mike Gayle was born and raised in Birmingham. After graduating from Salford University with a degree in Sociology, he moved to London to pursue a career in journalism and worked as a features editor and agony uncle. He has written for a variety of publications including The Sunday Times, the Guardian and Cosmopolitan.

Mike became a full-time novelist in 1997 following the publication of his Sunday Times top ten bestseller My Legendary Girlfriend, hailed by The Independent as ‘full of belly laughs and painfully acute observations’, and by The Times as ‘a funny, frank account of a hopeless romantic’. He has since written fifteen novels, including The Man I Think I Know, selected as a World Book Night title, and Half A World Away, selected for the Richard and Judy Book Club. His books have been translated into more than thirty languages. He lives in Birmingham with his wife, children and greyhound.

RNA President Katie Fforde said of the 2021 Outstanding Achievement Award recipient, “Mike Gayle is a writer who isn’t afraid to tackle the difficult subjects and does it with the same skill and storytelling ability that his more conventional stories have.  He never lets his reader down.”

Since its inception in 1960 the RNA has promoted excellence in romantic fiction and RNA Chair, Imogen Howson, commented, “This year’s shortlists showcase, yet again, the wonderful variety of romantic fiction, with books from publishers large and small, from some authors who are household names and others who may well be the next big thing. In difficult times, the sales of romantic fiction rise, and these books—with all their humour, drama, excitement, and romance—remind us exactly why.”