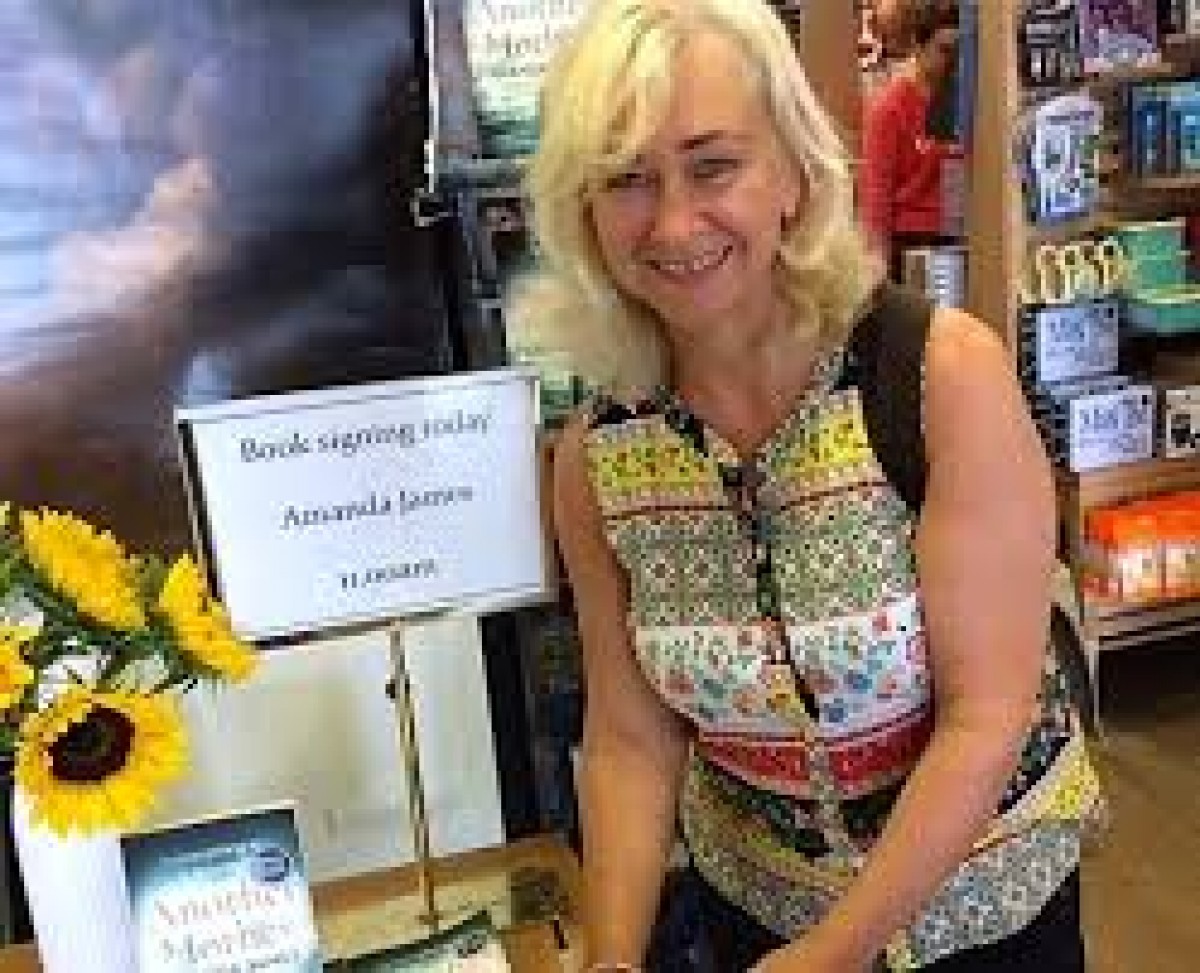 Amanda James has written since she was a child but never imagined that her words would be published. Then in 2010, after many twists and turns, the dream of becoming a writer came true.

Amanda has written many short stories and has thirteen novels currently published. Her time travelling debut – A Stitch in Time was published in April of 2013 and has met with great success.

She lives in Cornwall and is inspired every day by the wild and beautiful coastline near her home. She has many suspense/mystery novels set there. Somewhere Beyond the Sea, Summer in Tintagel, Behind the Lie, Another Mother, Deep Water, The Cornish Retribution, The Feud and Dark Deception. She also has two women’s fiction books. The Calico Cat, a family drama/coming-of-age, The Cornish Connection and the sequel, Nancy Cornish PI, cosy crime with a psychic twist.

Amanda can usually be found playing on the beach with her family or walking the cliff paths planning her next book.