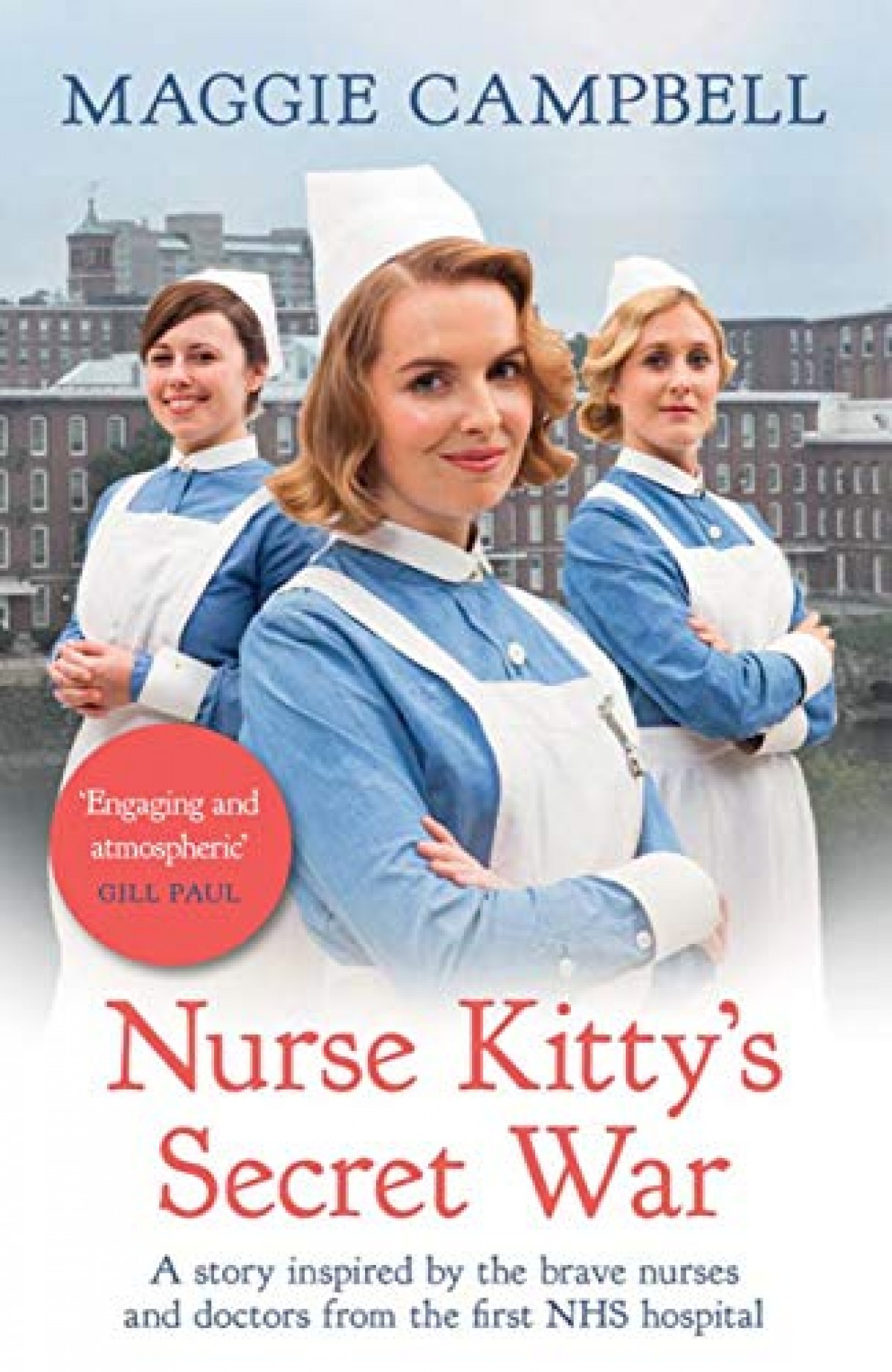 Maggie Campbell grew up in Manchester at a time when the city was still on its knees, post-war. She can just about remember the end of rationing! After decades of working as a seamstress in factories, once her children had grown up, Maggie retrained to be a midwife – a career she adored. She now lives in a cottage that overlooks the rolling Pennines, where she writes, grows rare dahlias and keeps chickens.

Nurse Kitty’s Secret War was Maggie’s debut historical saga, following the trials and tribulations of fictitious trainee nurse, Kitty Longthorne, but inspired by the very real-life birth of the NHS in Manchester’s Park Hospital in 1948. Maggie tells the story of how the folk of the nation’s industrial heartland were desperate for free healthcare, once the Luftwaffe had been sent packing…though not everybody embraced the concept of a National Health Service. Readers have been delighted by Kitty’s tale of learning to juggle her fledgling career with the demands of her family and her on-off romance with dashing plastic surgeon, James Williams.

Nurse Kitty’s Unforgettable Journey, to be published later in 2021, will follow Kitty’s exciting role in the drive to recruit new nurses from the colonies. As ever, Kitty is torn between serving the needs of her family and her duty to the hospital, but can she help the hospital’s old guard of senior consultants and nursing staff embrace a new decade and a brave new world?