Welcome to the RNA blog, Anita, and congratulations on being one of the contenders for this year’s award. How long have you been writing? Is this your first published piece? 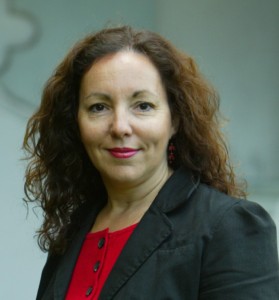 I have been writing since I was at primary school, but I got the writing bug seriously at Film School, much later in life. I began by writing screenplays, one of which was nominated for a major award at the Academy of Motion Pictures, whilst I was still a student. I turned that film script into a novel and self-published it as The Art Forger’s Daughter in 2014.

I was a member many years ago and submitted RomCom manuscripts about 4 or 5 times. Then I stepped back and reassessed my writing goals. I took a career break, cleared the decks and wrote The Art Forger’s Daughter, in a genre which suits me better; Women’s 20th Century Historical Fiction. I like to write about how the past ripples through our lives, with unexpected consequences; and the impact it has on those who come later.

I don’t have an agent, so it is publisher first.

Recommendation from an RNA member. I was pleased that Endeavour offered me a POD contract as well as e-publishing.

One book at the moment, but I plan to offer them more! I am writing the sequel to The Traveller and The Rose, and I have a back catalogue which I am reworking and enjoying enormously. 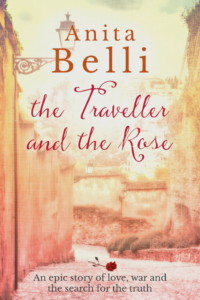 The Traveller and The Rose is set in a period of history in which ordinary people are caught up in extraordinary events.  This is a story of love, passion and betrayal in the Spanish Civil War, which also became known as ‘The Armed Rehearsal for WWII.’ It is a story where characters are driven by high stakes to risk everything for love:

In the tranquil Andalucían village of Santa Carmen, deep divisions are exposed by the arrival of a young English stranger, Kit Brown. He falls in love with Rosa Saragossa, and as Spain tears itself apart in civil war, few will escape unscathed. They must risk their lives to save those they love. When Kit is imprisoned, Rosa will never give up seeking the truth. In this war, however, the shocking truth is hard to find.

The sequel to The Traveller and The Rose. The Ties That Bind picks up the two families, separated by the war. When bodies are found tied together in the excavation of The New Spain, under General Franco, four strangers seek a truth which they will only find in the hearts of their former enemies. And one shadow comes back to haunt them all.

NEVER GIVE UP! It has taken me ages to get here, over 20 years, but the only way is to keep writing. Write something every day. Develop a daily writing habit.

Find out more about Anita:

Congratulations, Anita, on graduating from the New Writers’ Scheme. Wishing you all the best in your career.