Welcome to the RNA blog, Cryssa, and congratulations on being one of the contenders for this year’s award. How long have you been writing? Is this your first published piece? 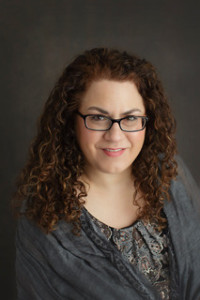 They say that readers grow to become writers, but in my case the reverse was true. I can confidently say that I practised my writing long before I could read – on walls, and especially on my doll’s forehead. The walls were soon covered up, but the legacy of the doll remains. I did become more serious about writing for publication around nine years ago when I decided I wanted to write a novel that I would re-read. This is when I started writing what would become Traitor’s Knot. My first published piece was a quirky short story called Confessions of a Tooth Fairy, which was inspired by my youngest son’s fraught relationship with that dubious creature of the night.

I’ve been with the RNA since 2011. I submitted (mostly) every year what was an evolving draft of my final novel. While others would have moved on and started something new, I was determined to get this one right. I refused to give up on my characters! All my readers were encouraging and very constructive in their feedback, and I’m grateful for their time and effort.

For me the publisher came first. Although I did have agents who showed an interest in my work, the offer from Endeavour came through very quickly, and I was impressed with their approach.

I attended the Historical Novelist Society’s conference in Oxford (2016) and signed up to have a pitch session with Endeavour’s then publishing director Amy Durant. Endeavour had a healthy historical fiction list and welcomed fiction set during the 17th century.

I only have a contract for one book, but I am working on a sequel. Digital publishing is agile, and there are so many opportunities available to enterprising authors these days.

Traitor’s Knot came out in May 2017. The week it came out, I discovered that it is possible to live on coffee and adrenaline. It was such an exciting time, and the support I received was both humbling and overwhelming. I was particularly thrilled to see it become an Amazon bestseller and a Hot New Release. 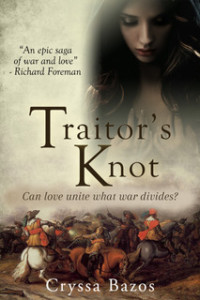 Traitor’s Knot takes place during the uncertain era between the execution of King Charles I and the start of the English Civil War. This is a story of love and conflicted loyalty. Elizabeth Seton is a young woman who has been shunned for her father’s role in a failed Royalist uprising. In the midst of this new social order, she risks her life by sheltering fugitives from Parliament. To further complicate her life, she meets James Hart, a former Royalist officer turned highwayman. He preys on Parliamentarians in order to raise funds for the restoration of the king’s son, Charles Stuart. Traitor’s Knot has been called a thrilling romantic adventure.

The NWS is an amazing mentorship program, and I’m so very fortunate to have found the RNA. My advice would be to attend conferences and take advantage of the networking opportunities that they offer.

Find out more about Cryssa:

Congratulations, Cryssa, on graduating from the New Writers’ Scheme. Wishing you all the best in your career.