Welcome to the RNA blog, John, and congratulations on being one of the contenders for this year’s award. How long have you been writing? Is this your first published piece? 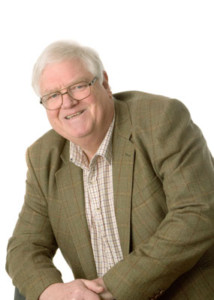 I have been writing for 5 years. Heart of Stone is my first novel.

How many years were you a member of the New Writers’ Scheme and did you submit a manuscript each year?

3 years – and I submitted every year. I was fortunate enough to get in at my first attempt.

In my case, publisher.

I submitted to them when they flagged that they were open for submissions. Several friends are published by Crooked Cat, and I did a lot of “due diligence” on them before signing. EVERYONE who I spoke to recommended them. 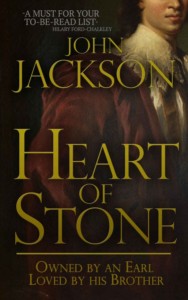 Heart of Stone is a historical novel with a strong romantic thread. It is based on the lives of Robert Rochfort and his wife Mary. They are my 5 x Great-Grandparents. The story of their marriage and the affair between Mary and Robert’s brother, Arthur, is one of Ireland’s most dramatic from the time. (1740s)

Robert was a BAD MAN! I have kept to the recorded facts where possible, although I had no hesitation in “bending” them to give the book the ending that they deserved, and, perhaps, should have had!

The W-I-P, tentatively titled “Strange Bedfellows” is the story of their daughter Jane, Lady Lanesborough. She was another ancestor with an unconventional and fascinating life, including running gambling dens in London and Paris, galivanting all over the continent (where she knew Emma Hamilton in Naples) and lots more.

More ancestors follow. Robert Rochfort’s grandfather was a colonel in Cromwell’s army. He was shot by firing squad following a duel. His son was born 9 months to the day after his death! Got to be a good story hiding there.

Keep the faith! Never give up. Keep working, take the advice you are given, and, in time, you WILL make it!

Find out more about John:

Congratulations, John, on graduating from the New Writers’ Scheme. Wishing you all the best in your career.