I am excited today to welcome Deborah Carr to the RNA Blog talking about her latest release, The Poppy Field, a WW1 historical romance to commemorate the 100-year anniversary next month. Such a significant event for all of us in the UK and Europe, I’m keen to know how why she decided to write about the first world war and what challenges she faced in doing so. 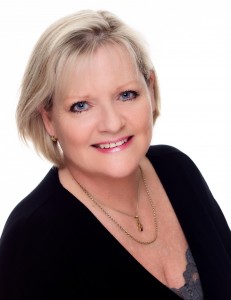 The Poppy Field is my second historical romance, but my first timeslip and is set in the present as well as during the First World War. The connection between the two timelines is the nurses. Gemma Kingston, works in a trauma unit and is suffering from burnout and Alice Le Breton, a voluntary nurse battling to cope at a casualty clearing station near Doullens in Northern France.

Gemma returns to her parents’ home on the island of Jersey to come to terms with a tragedy that she had to face at work. Her father’s life has always been devoted to his ambitious lawyer wife rather than to Gemma and after a couple of months he suggests she moves to a run-down farm he inherited a few years before from a distant relative to look after the renovations so that the property can be sold. Once there she finds a tin trunk holding two batches of letters and discovers that they belonged to Alice who had spent some time at the farm a hundred years before.

I was fascinated by the contrast in these women’s lives, both what they faced on a daily basis as nurses and how they coped with their traumatised patients and the medicines and equipment at their disposal. I was also intrigued by the differences in how they were treated as women, both at their expectations for themselves and those of their families and the restrictions with whom both had to contend.

Both women fall in love but have different issues in their relationships that they must overcome in order to be happy. Emotionally, the women are very similar, but their expectations were very different. I thoroughly enjoyed writing this book and delving into Gemma and Alice’s worlds and although this is a story of heartbreak, I also wanted it to be a story of resilience and hope.

Thanks, Deborah, for an enchanting account of your first experience of writing a timeslip and what rich subject material to be able to contrast working women now and one hundred years ago.

And onto your latest release, The Poppy Field. 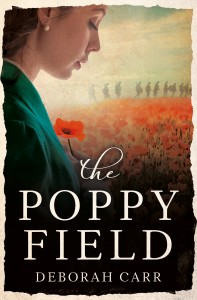 Young nurse, Gemma, is struggling with the traumas she has witnessed through her job in the NHS. Needing to escape from it all, Gemma agrees to help renovate a rundown farmhouse in Doullens, France, a town near the Somme. There, in a boarded-up cupboard, wrapped in old newspapers, is a tin that reveals the secret letters and heartache of Alice Le Breton, a young volunteer nurse who worked in a casualty clearing station near the front line.

Set in the present day and during the horrifying years of the war, both woman discover deep down the strength and courage to carry on in even the most difficult of times. Through Alice’s words and her unfailing love for her sweetheart at the front, Gemma learns to truly live again.

This epic historical novel will take your breath away.

I love the premise of this novel. Not only are we commemorating 100 years since the end of WW1, we are also celebrating 70 years of the NHS. Did you intend to write a novel to tie-in with the commemoration of 100 years since WW1, and what made you decide to use a timeslip method?

Thanks, Lisa. Charlotte Ledger of HarperImpulse read Broken Faces, my first novel set during this period and wanting a book to commemorate the anniversary of the end of the First World War asked me if I would like to write one. It took less than a millisecond for me to confirm that I’d love to do so. We discussed the sort of book she had in mind and I drafted an outline for her and it went from there. We both liked the idea of a timeslip and I especially liked writing about the contrast in the two nurses’ lives both externally and internally.

It was easier, I think, because I’d spent a lot of time researching for Broken Faces, my debut historical romance. However, I did carry out more research for The Poppy Field to be certain that my information was correct. I also like to include aspects in my books that readers of the genre might not have discovered before, so wanted to find a couple of aspects of that period that readers might not have known. I love this period and losing myself in the research is always a pleasure.

What’s next for you? Can we look forward to more historical romance or are you working on a different project at the moment?

This has been a busy year for me, but the past few weeks have been especially exciting and as I don’t have an agent, they’ve also been very busy. I’ve got a couple of exciting projects to look forward to. Two that I can’t discuss yet, one I’ll be working on as Deborah Carr; another as Ella Drummond. I’m also working on the first draft of Winter Whimsy, the third book in my Boardwalk by the Sea contemporary romance series I write as Georgina Troy.

Thank you again, Deborah, for some valuable insight into both historical and timeslip writing.

Deborah Carr lives on the island of Jersey in the Channel Islands with her husband and three rescue dogs. She became interested in books set in WW1 when researching her great-grandfather’s time as a cavalryman in the 17th 21st Lancers. Broken Faces was her debut historical novel and was runner-up in the 2012 Good Housekeeping Novel Writing Competition and given a ‘special commendation’ in the Harry Bowling Prize that year. She was commissioned to write The Poppy Field to commemorate the 100th anniversary of the end of the First World War by Charlotte Ledger for HarperCollins’ romance imprint, HarperImpulse. The Poppy Field is out now.