Today Eleanor Harkstead is taking over the blog with her recommendations for LGBTQIA+ festive romance. Is it really nearly Christmas already? Apparently so. Over to Eleanor…

All the sub-genres of romantic fiction that you see written between a straight hero and heroine appear in stories between heroes and heroes or heroines and heroines. From historicals to romantic suspense – and Christmas too. And now we’re nearing the end of November, we can safely say Christmas without too many people turning frantic. 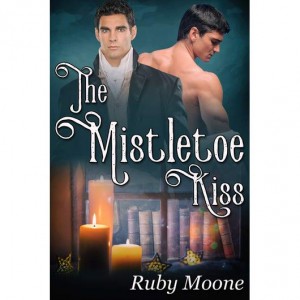 Ruby Moone’s novella The Mistletoe Kiss is a Regency m/m*, set in London in December 1816. Lawrence Fenton is a lonely widower who runs a bookshop. He’s concerned for his assistant, Christy Shaw, who loves working at Fenton’s shop as an escape from his miserable homelife. Ruby creates a beautiful, realistic Georgian setting – Fenton’s bookshop becomes so cosy and friendly that you’ll wish that you could actually visit it. And she creates realistic Georgian characters too, whose desire for one another in that era must remain secret. But this is a festive story, and love will find a way. Ruby has written two other historical Christmas m/m romances: The Wrong Kind of Angel and The Christmas Curse. 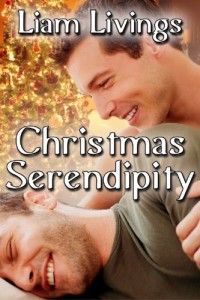 Serendipity box-set – and another one completes it. The Serendipity novellas chart the relationship of David and Christian. In the opening story, David’s just lost his job, and Christian has been disinvited by his parents for Christmas – he’s just come out and his parents are struggling to accept his sexuality. Both feeling despondent, David and Christian meet at a friend’s, who does Christmas with vast amounts of gusto. And they soon cheer up. I promise that once you’ve read this book, you’ll feel as if you have spent Christmas Day with the characters, and you’ll have a phantom full stomach too. Stick with the series to follow David and Christian into the New Year all the way to next Christmas and see how their relationship develops. The Serendipity box-set is filled with Liam’s observant wit and has an authentic own voices twist. Liam revisits the festive season in his house-swap novel A New Life for Christmas. 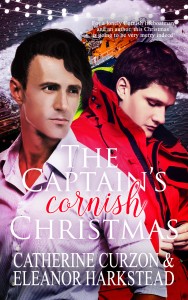 Unless you’ve been trapped under a rock for the past few years, you may have noticed that quite a few stories are set in Cornwall these days – even festive m/m stories. The Captain’s Cornish Christmas is a contemporary short story featuring lifeboat coxswain Jago Treherne, who can’t enjoy the festive season as he’s not only on call, but still rather raw from being dumped on Christmas Day the year before. What he needs is handsome Cornish Noir author Sam Coryton, who’s turning his back on the bright lights of London for a quiet life in Cornwall. Add some mince pies, a cat called Peregrine and some perhaps unlikely but no less romantic snow, and it all adds up to a cosy romance. Which I must admit to having co-written with Catherine Curzon.

But why let the boys have all the fun? Clare Lydon’s contemporary lesbian romance All I Want For Christmas is the 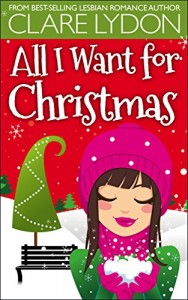 first novel in her All I Want For… series. The series traces the relationship between Tori and… well, I can’t say or that would be a rather large spoiler for All I Want For Christmas. Taking the title from top diva Mariah Carey’s seasonal classic, the novel tells the story of Tori, who has decided to find a girlfriend to spend Christmas with. This is not quite as easy as it seems – not only is she beset by a string of terrible dates (including a sex scene which is as hilarious as it is mortifying), but the first girl she ever kissed has reappeared in her life – and is about to get married. Although not to Tori. Cue London filled with festive lights, an afternoon of ice-skating at Somerset House, and finding love where you least expect to find it. All I Want For Christmas is guaranteed to put you in the festive mood faster than donning a terrible jumper and trying to remember the lyrics to Little Donkey.

But now a plea. I’d love to read a festive transgender or genderqueer romance, but I couldn’t find one. I looked and looked, and found lots of lovely romantic fiction (see JK Pendragon’s top ten), but none set at Christmas. If you have a fabulous festive transgender or genderqueer romance to recommend, then please let me know in the comments below.

Anyway, I have an unopened packet of Walker’s Brussels Sprouts crisps to devour – so switch on the lights, cuddle a hot chocolate and warm yourself up with a festive romance.

This isn’t an exhaustive list but a selection of titles to tempt you with. A selection box, if you will.

*m/m romance tends to describe romance about gay men where the author is not themselves a gay man. The term originates in fanfiction, where for instance a fic imagining a romantic relationship between Holmes and Watson would be Holmes/Watson. 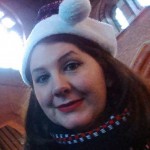 Eleanor Harkstead is from the south-east of England and now lives somewhere in the Midlands with a large ginger cat who resembles a Viking. Her co-written m/m romantic fiction is published by Pride. You can find out more about Eleanor on her website: www.eleanorharkstead.co.uk , on twitter: www.twitter.com/e_harkstead, on Facebook: www.facebook.com/eleanorharkstead, and on Instagram: www.instagram.com/eleanorharkstead