I’m really pleased to welcome Callie Langridge to the blog today. She’s the author of two historical novels – Keep You by My Side, a story about family secrets spanning the 1940s to the 1980s, and time-travel romance A Time to Change. Callie is going to tell us about archives and how she’s used them in her historical fiction. 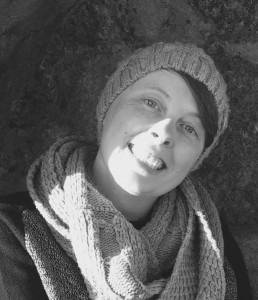 Archives are dusty places full of shelves stuffed with crumbly old files – right? They are full of strange people hunched over tables, flicking through massive tomes and ledgers – right? Archives aren’t for me, I wouldn’t know where to start and I wouldn’t be welcome – right?

The answer to all of the above is no! Archives are very far from being dusty – they are some of the most atmospherically controlled environments in order to protect their precious collections. All sorts of people use archives, from academics to students to family historians. And archives are most definitely for you as a writer! Many, many writers use them, including some very famous writers who have used them for research and inspiration.

I have used archival records A LOT in researching my novels, particularly The National Archives. My debut, A Time to Change, is a time travel romance set in contemporary Northampton and in a stately home of a titled family at Christmas 1913 – the eve of the First World War. My second novel, Keep You By My Side, is a multi-generational story spanning the 1930s to the 1980s, including a story thread set in Second World War London. Access to historical records has been crucial in my research.

Each archive has a unique collection. A local archive will hold records of that area and are excellent if you need to know about a particular town in a particular era. Perhaps even how that area administered the poor law, petty crimes, businesses, and factories – the list goes on. The National Archives holds the official government record. Now, I admit, that sounds dull. But think about it for a second. Each of us, in our lifetime, will interact with the government, and so it has always been. And, as a nation, we are very good at keeping records.

I’m passionate about getting historical detail correct in my novels. Just some records I have used are Prisoner of War interviews from the First World War, records of V1 strikes in East London in the 1940s, suffragette criminal files from the early 20th century, copyright records of fashion and decorative items, records of the spiritualist movement in the early 20th century. I think one of the most useful things – apart from the historical fact – has been learning how people spoke and wrote in a particular era. It has been invaluable in giving my characters authentic voices.

I can understand why approaching research at an archive is daunting. It feels like you are facing an impenetrable wall of information. But believe me when I say that staff at archives want to help you. They are passionate about sharing the information in their collection. I’ll share a tip with you. If you fancy seeing what’s in The National Archives, start with their research guides, which provide all sorts of information on how to research by subject. And when you’re feeling brave, dive into Discovery – their online catalogue discovery.nationalarchives.gov.uk

Not only does it catalogue their collection, but also the collections of many archives around the country. Some records are available to download but others involve a trip to the archive.

So go for it. Explore. Immerse yourself in your research or find inspiration for a new project. I once found the story of a Swiss prince rescued in the Sudan in the late 19th century, which popped up in my debut novel. 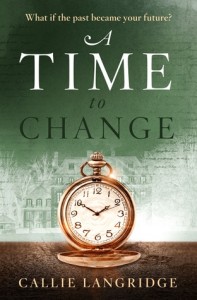 Thanks, Callie – I’ve spent many happy hours at The National Archives and county record offices too. There’s so many fascinating documents, and so many stories that can spark off ideas in a writer’s mind. So, writers – grab your pencils and get to an archive.

Does your collection of antique curiosities ever creep into your fiction? I have a 19th century mourning brooch and I’d love to know who used to wear it and who they were remembering.

The mourning brooch sounds fascinating. Many of the objects in my collection have inspired me. If I had to choose just a couple, I would say the 12th Lancers First World War cap badge would be up there. In A Time to Change, one of the main characters is a captain in that regiment. Having a badge from that time really did focus my mind when I wrote about him. Another item would be a handkerchief.  It belonged to my grandmother so is purely sentimental. But again, it inspired a handkerchief in that book. Oh, and a Babycham glass inspired a particular scene in the 1960s in Keep You By My Side!

What historical era do you enjoy writing in most, or are you happy to hop from era to era? Your novel A Time to Change is a time-travel book – how did you cope with the switches in time period, and was it fun inventing your own method of time-travel?

I enjoy writing from the Victorian era to the present day. I feel most comfortable in that time period as it’s the period I know most about. Never say never though – I may decide to go further back at some point. I have enjoyed hopping around from era to era in both books, although it does make for a lot of work keeping up with yourself. In A Time to Change, I intentionally kept the method of time travel simple so that it wouldn’t detract from the story.

You worked in the music industry in the 1990s. I’m sure there were plenty of larger-than-life characters as well as outlandish goings-on. Will they ever make their way into your fiction?

Hahaha that’s a good question. I met MANY larger-than-life characters and there was plenty of outlandish behaviour. It was a golden age in the music industry. I went backstage at many a gig and there was always plenty of hospitality in terms of alcohol. I think I should leave it there … 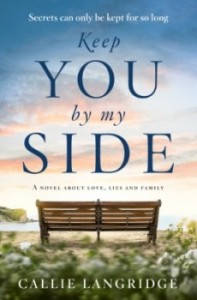 Tell us about your next book.

Thanks for asking. I’m currently working on a sequel to A Time to Change. It was never my intention to write a follow up but it feels like there’s unfinished business that keeps pulling me back.

Thank you Callie for being on the blog today, and good luck with that sequel!

Callie was born and brought up in Berkshire. After a brief teenage spell in the depths of Lancashire, she moved back to London.

Having left school at 16, she studied drama before embarking on a career in marketing. This saw her work in music marketing in the heady days of Britpop in the nineties. She unleashed her creativity in the design of window displays and marketing campaigns for the leading music retailer. More recently she has followed her passion for history, working in marketing and communications for historical and cultural organisations.

On hitting her thirtieth birthday, she decided finally to pick up her pen and take the first of many creative writing courses. A few years later and she has had a number of short stories published and plays performed at theatres and venues across London. Her first novel A Time to Change was published in September 2017. Her second novel Keep You By My Side was published in October 2018.

Callie lives in London with her long-term partner, an ever-growing collection of antique curiosities, and more books than any person really needs.

A Time to Change

Keep You By My Side

Eleanor Harkstead is from the south-east of England and now lives somewhere in the Midlands. She has a large ginger cat who resembles a Viking. Her m/m romantic fiction, co-written with Catherine Curzon, spans WW1 to the present day and is published by Pride. Historical paranormal series The De Chastelaine Chronicles will be published from this Spring. You can find out more about Eleanor on her joint website: curzonharkstead.co.uk, on Twitter, on Facebook, and on Instagram.