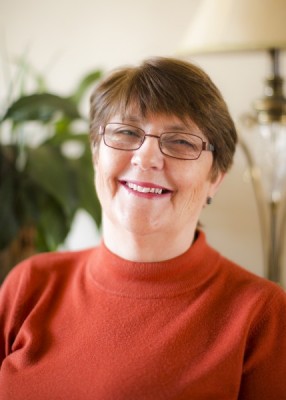 It’s great to welcome Elaine Roberts to the blog on the publication day of her novel The Foyles Bookshop Girls at War. It’s the second installment of her Foyles Bookshop Girls series. She’s here to tell us about writing sagas, and about her experience as an author of both novels and short stories.

I originally started writing a Victorian saga, mainly because it’s an era that was of interest to me and I wanted to write about families and the internal struggles that goes on within them. Someone suggested I move my family forward a generation to World War One, so my child became a mother.

Once the research began, I realised the time period was a backdrop for some major events in social history, particularly relating to the roles of women. As you are probably aware, before the First World War, women were fighting for the right to vote. The suffragette movement was very active at that time. The bravery of those women was incredible and inspirational. They called a halt to their activities when war was declared in 1914, encouraging everyone to back the country and the men that were risking their lives on the front line.

I became fascinated and disturbed by the innocence of the time, and the effect the war would have on communities all over the country. Everyone genuinely believed it would be over by Christmas, just four months after it started. I listened to Pod Casts of people that had worked, lived and survived the war. I attended talks and bought numerous books and archive material on the period, including a cookery book. I wanted to write about those left to manage on the home front, and this mainly involved women, and actually, their efforts during the war changed everything.

It is well documented that thousands of men queued to enlist, as soon as the call was put out for volunteers. This caused a shortage of men in the workplace, giving women the opportunity to show they could fill the gaps that had been left behind. My characters, like thousands across the country, rose to the challenge because they wanted to do more than be in domestic service, which was traditionally the work that most women took up.

My novels are all about friendship and family values, because that is what gets us all through difficult times. It’s on those occasions that people tend to find out who their true friends are. My characters come from very different backgrounds, and have very different personalities, but they each have something to offer to support each other. Their bond grows closer because they each fight for the friendship in their own way.

Thanks, Elaine. It’s certainly a very interesting period of history and novels like yours help to bring it back to life for readers.

What prompted you to set your sagas in Foyles’ bookshop? Have you worked there yourself or know someone who has?
I wanted to set my story in London and originally my main male character was going to own/work in a bookshop. When I started looking at old maps and trying to find a name of an actual bookshop that was around in the 1910’s I drew a blank and that’s when it occurred to me – why not use the most iconic bookshop in London? I contacted them and the owner was lovely and wished me well with my venture.

My love of books meant I had to have a character working in a bookshop, and where better then one that is seeped in history? Although the characters working there and the bookshop wasn’t where it started, the story evolved to that setting as it went on.

Working in a bookshop would never work for me; I’d spend all my wages on books. It has all been extensive research and of course lots of visits to the bookshop in Charing Cross Road in London. 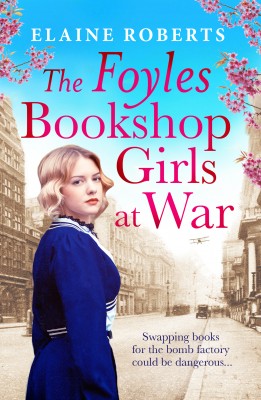 Your Foyles series is set during The Great War. Do you intend to set future novels in that period, or are there other eras you’d like to explore?
The Foyles Bookshop Girls series consists of three books, set during World War One, each focussing on a different one of the main characters. Beyond that I’m fairly open-minded and have several ideas floating around. I have discovered a love for history that I didn’t realise I had and, of course, I have my Victorian novel, which has not yet been published, so I may well revisit that.

You had several short stories published before you signed with Aria for your novels. What led to your first short story being published? Did you enter a competition, or did you answer a submission call?
I joined a writing class, The Write Place, which I still attend and is based locally to me. When I began the class I was only interested in writing a novel but the tutor had other ideas. We were encouraged to write short stories and submit them to various publications all over the world. Over a period of time, I did this and received numerous rejections, before finally having my first short story accepted. To this day I still feel the excitement of that first
acceptance; having someone who wanted to pay for a two thousand-word story I had written was amazing. Following that I have gone on to have many more published.

What are the big differences for you as an author between writing short stories and novels? Do you think your experience of writing short stories has had an impact on how you write novels?
The main, and obvious, difference is the limited word count so the word selection is important. It taught me that all the words have to have a reason for being there. After short stories I did have to teach myself to be more descriptive in my novels. I still write short stories but now I do them mainly to help promote my novels, competition entries or just to write something a little different.

Tell us about The Foyles Bookshop Girls at War
Working at the Foyles bookshop was Molly Cooper’s dream job. But with the country at war she’s determined to do her bit. So Molly gathers her courage, and sets off for the East End and her first day working at Silvertown munitions factory…

It’s hard manual labour, and Molly must face the trials and tribulations of being the “new girl” at the munitions factory, as well as the relentless physical work.

The happy-ever-afters Molly read about in the pages of her beloved books have been lost to the war. And yet the munitions girls unite through their sense of duty and friendships that blossom in the most unlikely of settings…

Thank you again, Elaine. Good luck with your new book and the rest of the series!

About the author
Elaine Roberts had a dream to write for a living. She completed her first novel in her twenties and received her first very nice rejection. Life then got in the way until circumstances made her re-evaluate her life, and she picked up her dream again in 2010. She joined a creative writing class, The Write Place, in 2012 and shortly afterwards had her first short story published. She was thrilled when many more followed and started to
believe in herself.

As a member of the Romantic Novelists’ Association, progressing to full membership from the New Writers Sceme, and The Society of Women Writers & Journalists, Elaine attends many conferences, workshops, seminars and wonderful parties. Meeting other writers gives her encouragement, finding most face similar problems.

Elaine and her patient husband, Dave, have five children who have flown the nest. Home is in Dartford, Kent and is always busy with their children, grandchildren, grand dogs and cats visiting. Without her wonderful family and supportive friends, she knows the dream would never have been realised.

About the interviewer: Eleanor Harkstead is from the south-east of England and now lives somewhere in the Midlands. She has a large ginger cat who resembles a Viking. Her m/m romantic fiction, co-written with Catherine Curzon, spans WW1 to the present day and is published by Pride. Historical paranormal series The De Chastelaine Chronicles will be unleashed this Spring by Totally Bound. You can find out more about Eleanor at her website: curzonharkstead.co.uk, on Twitter, Facebook, and Instagram.