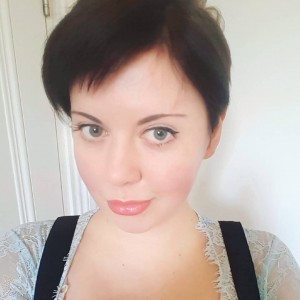 Getting published. It’s the end goal for most writers, yet it can sometimes feel incredibly hard to attain.

There are so many options these days: traditional publishing, digital-first, self-publishing, small presses or crowd-funded campaigns. It can be difficult to decide which option is right for you or to even know what each path entails.

I’m a romantic comedy novelist and graduate of the RNA’s New Writers’ Scheme and I’ll be sharing the highs and lows of my publishing journey on the blog.

In 2017, I enrolled onto the RNA’s New Writers’ Scheme. I was editing the manuscript of a romantic comedy novel about online dating and hoped the scheme would help me focus. I was also keen to get my manuscript report – one of the most appealing parts of the programme to me.

By August that year, I got a book deal with HQ Digital – HarperCollins’ digital imprint. My novel, Perfect Match, was published in January 2018 and became one of Apple’s top-selling books of 2018.

My second novel, How (Not) To Date A Prince, was published to coincide with the Royal Wedding in May and my third novel, When Polly Met Olly, came out in January this year. 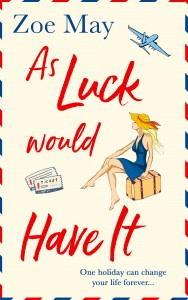 Through Seven Writers, Seven Novels, which launched in January, I’m sharing insights into the publishing process of my fourth book, As Luck Would Have It, which comes out in June and is also published by HQ Digital. I’ll be talking about everything – from the editing process and the cover design, to the launch and the reception from readers. The blog will demystify the publishing process, but it will also show the personal side of getting published, as each month, I’ll be sharing the emotional and real-life side of things as well.

The blog, which was featured in The Bookseller, is also covering the publishing journeys of authors  Sara Collins, whose debut The Confessions of Frannie Langton is being published by Penguin in May; Ely Percy, whose romance novel Vicky Romeo Pluz Joolz comes out in March with Knight Errant Press; via a kickstarter campaign; Gabriel Dylan, whose YA horror novel Whiteout, was released in January through children’s literature publishing company, Little Tiger Press; Helen Kitson, whose thriller The Last Words of Madeleine Anderson will be published by Louise Walters Books in March; Judith Heneghan, whose novel Snegurochka will be released by independent publishing house Salt in April; and Leland Cheuk, whose novel No Good Very Bad Asian will be published by US-based literary publishers C&R Press in September.

Seven Authors, Seven Novels was launched by writer James Woolf, who puts together each monthly update with the help of Eva Harlsband and Hannah Persaud.