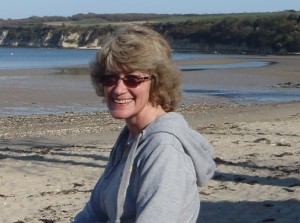 Today we are delighted to welcome Jane Cable to the blog. Jane’s latest novel, Another You, will be published on the 27th of June and she is here to talk to us about her remarkable experiences as she conducted her research for the book.

Let me start by saying I write contemporary romantic fiction. Not dual timeline, not time travel or timeslip, but contemporary. Unless setting Another You in 2004 counts as historical. And yet my books are so much informed by the past the strapline on my Facebook and Twitter pages is ‘the past is never dead’.

I love history but never felt I had the time to undertake the serious research required for a historical novel, let alone the expertise to make the past come alive for readers. As a relatively new writer I stuck to the adage: write what you know. Or in my case – where you know, as my stories are most often inspired by a place.

Another You is set in Studland in Dorset and while writing the book I visited numerous times; to walk on the cliffs where my characters walk, to swim from the beach, to eat in the pub. And even at the distance of a decade, because I had been there before, I knew how the place had changed.

Even so as the story developed, the past associated with the setting reached out and grabbed me by the throat. It was an important part of World War 2 history, deliberately hidden rather than forgotten, and it only really came to light sixty years after the event.

On 4th April 1944 live ammunition practice for D-Day codenamed Exercise Smash commenced in Studland Bay. And it started with disaster. Testing Valentine amphibious tanks in the sea for one of the first times, they were launched too far out for the choppy conditions and seven tanks sank with six men losing their lives.

I stumbled across this nugget when I was researching Another You and it was just too fascinating to ignore. It was also close to the seventieth anniversary so I went along to the commemoration and met an exceptional man called John Pearson who had not only restored the only Valentine amphibious tank in Britain but had organised the memorial to the men in 2004.

He brought the tank back to Studland in 2014 – no mean feat in itself – so I was able to see it for myself. One veteran from the exercise attended the service of commemoration and hearing his stories was gold dust. One fact which remained with me – and found its way into the book – was that he was only able to get out of his tank when it sank because he was wearing non-regulation boots as the ones given him by the army didn’t fit.

From that point on I knew Exercise Smash had to feature in my story and the obvious way was to set Another You at the time of the sixtieth anniversary. My main character, Marie, was struggling to escape from a broken marriage but she needed a catalyst. Who better than an American soldier she meets on the cliffs as the unveiling of the monument and the re-enactments play out in the bay below?

Of course, I needed more information. I bought some books on Studland and World War Two in Dorset by local historian Rodney Legg and they gave me a start. John Pearson shared all the information he had, and I trawled the internet for more. Luckily the presence of the troops in nearby Swanage was well documented and one of Tony Robinson’s Walking Through History programmes featured it – including John and his tank.

I had the facts – six weeks of exercises, some of them witnessed by Churchill and the King. Studland was chosen because it was like Normandy and it was remote. Even today crossing the chain ferry from Sandbanks feels like entering another world, and during the war the whole peninsular was cut off and made into a secure zone. As well as the amphibious tanks, the strange apparatus that became known as Hobart’s Funnies were tested and UXBs are still found in the dunes from attempts to perfect the rolling barrage.

I had far too much information. It wasn’t merely the historical background to the story – it was cluttering it up. And yet it still didn’t feel completely real. As well as the soldier, what echoes of the past could reach out to Marie? What might she see, hear and smell?

The final piece of the jigsaw came when the Studland History Group introduced me to National Trust warden Stewart Rainbird. He’d received a grant to record the oral history of Studland before it was all lost and the insights from his research he shared with me over coffee one Sunday morning gave the finished novel a depth of history I could only have dreamt about. I couldn’t walk the ground as it had been in 1944, but Stewart had talked to those who had and it was the next best thing. 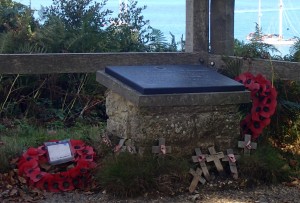 For me the research was over but for others it goes on. Through the National Trust at Studland I met the Isle of Purbeck Sub Aqua Club who had dived the wrecks of some of the tanks. With the seventy-fifth anniversary of Exercise Smash looming they embarked on a project to locate and record all seven of the tanks (there is very little left of five of them) and to find out everything they could about the men who died.

Theirs is the most fitting tribute to the memory of those men, but I like to think the small amount of history that found its way into Another You will help too. We have already lost most of the wartime generation, but particularly on the anniversary of D-Day itself it is important we never forget.

Thank you so much for joining us today. The book sounds remarkable and we wish you every success with it. 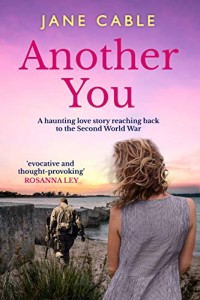