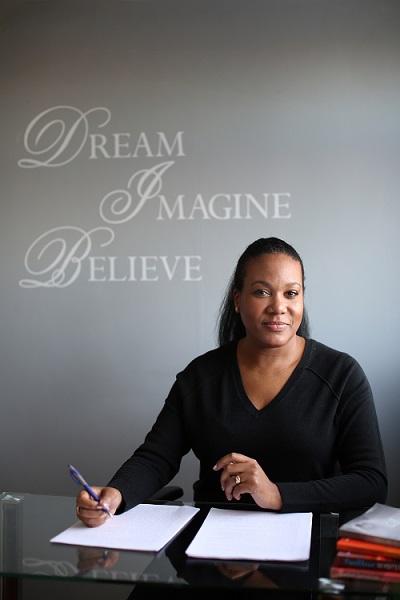 Caroline Bell Foster and Liam Livings are the RNA’s newly appointed Diversity and Inclusion Officers. In this piece, Caroline tells us about her globe-trotting youth and about her writing.

I consider myself to be one of those interesting people who never really knew what they wanted to do in life, except to see as much of the world as possible, that is. I’ll blame my parents for my wandering spirit, who, in the early ’80s took my brother and myself on holiday to Jamaica and decided to stay. I was 12 years old and loved the colourful vibrancy of island life.

I’d never set out to be a writer, but of course, looking back the writing was, excuse the pun, on the wall. Someone once said, whatever it was you were doing before the teen years was what you were destined to be before the noise of the world intrudes. I have two distinct memories.

The first was seeing my name in print. It was under a photograph of myself in, The Derby Telegraph newspaper, celebrating Victorian Week when I was around 8 or 9 years old. I remember looking at my name, seeing the black fuzzy script and liking the feeling.

The second memory, I was around 11 years old. I had this crush on a boy and wrote him a love letter. In that cruel way of kids, he’d posted it on the blackboard (yes, I’m showing my age) for everyone to see! But to me, I was proud that my romantic words were being read! Unofficially, that love letter was my first ‘public’ work.

I’ve always written in some form, from entries in my Mary Kay diary at aged 7 to painfully documenting every aspect of my teenage years, whilst travelling the world. I’d lived almost 18 years outside of England, spending much of my time in the Caribbean, North America and Africa. I wrote my first short story whilst on a bumpy bus ride through the Rift Valley. I was 18 years old and had that story published the following year in a Jamaican newspaper. 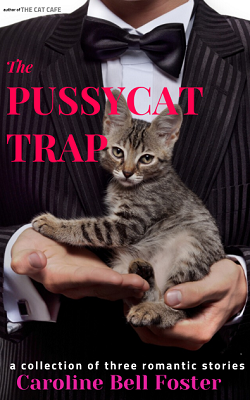 But I knew I had something, when, living in Jamaica, within the space of a few months I lost two cousins and an uncle. In my grief, I wrote. I worked as a travel consultant during the day, but at night I scribbled away. Four months later I had a massive 140,000-word manuscript and a semi- healed heart.

Tripping over that manuscript one too many times, I’d sent it to a publisher just to get it out of the house. I’m surprised it was read as I’d printed it off in single lines! Luckily it landed on the right desk and a few months later, they called me in and signed me on the spot. I was twenty-one and the youngest writer they ever signed. However, there was one proviso, and that was to learn the mechanics of the craft. I was a born storyteller they told me, so off I went with a lightness to my step and a direction for the first time in my life.

I took several creative writing classes at the University of the West Indies and was mentored for a year, by a retired Caribbean journalist/author who also guest lectured at Oxford University. I’d learnt so much from him, notably how to trust myself. If the words don’t feel right, take them out. Unfortunately, my mentor passed away before my first book was published. Caribbean Whispers was that original manuscript and became my second novel published, following Ladies Jamaican.

A need to take off my sunglasses was the impetus to return to England, with my husband and two young children. I now live in Nottingham, just 12 miles from where I was born. However, I only returned to writing properly once my children became less dependent and the noise of my characters demanding to be written, became too loud! 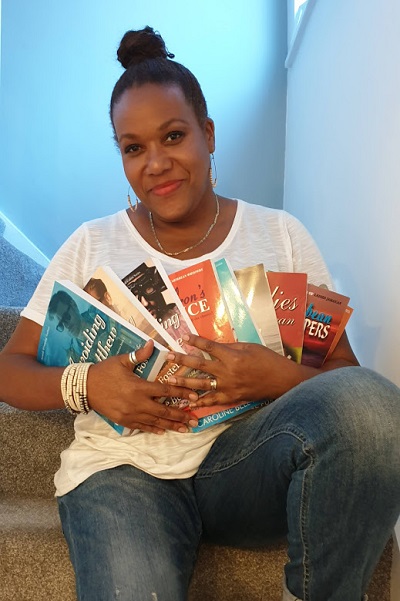 I’m a Hybrid Author, as I’m traditionally as well as independently published. I write Diverse Multicultural and Interracial Romantic Fiction.

My kudos is simple, my novels not only entertain, but they also teach.

To me, writing isn’t just about ensuring my readers enjoy my story, it’s about sharing a culture, even if it isn’t my own. I’ve always recognised the need for more diversity in fiction, especially commercial fiction. My characters are not only culturally diverse but people with disabilities and ‘imperfections’. I’ve featured characters who use wheelchairs, are blind or with hearing difficulties. I’ve also highlighted medical issues and horrible cultural traditions within certain communities.

My books will always feature at least one main character, as a person of colour. My heroines are strong independent women and my heroes aren’t always of the same culture but are respectful. I write with a reflection of British society. I stay true to my own British and Caribbean culture and I think that is what sets me apart from other authors and why my fan base is so loyal.

My first self published title, Call Me Royal, became an Amazon Bestseller and features a mature Rastafarian woman as its main character. I’d sought help from Donisha Prendergast (Bob Marley’s granddaughter) to ensure I treated the Rastafarian element respectfully. That novel also highlighted the oftentimes unseen disability of dyspraxia. Call Me Lucky,  the second book quickly followed and won best medical storyline for featuring a main character with Sickle Cell and the struggles and ignorance she faced.

Most of my titles are set primarily in the East Midlands, including Saffron’s Choice, The Cat Cafe (written in 19 days for my first NaNoWriMo) the Amazon Top 20 International Heroes series Distracting Ace and Convincing Kyle which was recently joined by Avoiding Matthew.

I’ve won national and international awards, been named as one of the most influential creatives locally and nationally, and my work is featured in several international anthologies, where I’m the only Brit-in-the-box.

What’s next? I’ll continue doing what I do best. Write with my daughter and her friends in mind. They need to be able to walk into a book shop and be able to see novels with characters who look like them, where growing up, I had none.

Find out more about Caroline at her website and follow her on Facebook and Twitter. Her latest book is The Pussycat Trap. Who knew it would only take the pitter-patter of a cats paws to melt the hearts of these powerful men?