Meet the Contenders for the Fantasy Romantic Novel Award 2020

Congratulations to the Contenders for the Fantasy Romantic Novel Award: 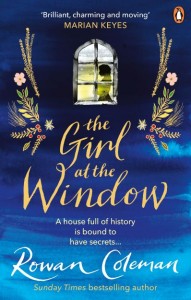 After a 20 year absence, young widow and mother Tru Heaton returns with her young son, Will, to her ancestral home, Ponden Hall, Haworth, to find that is haunted by more than just memories. After the devastating loss of her husband,

While Trudy tries to do her best for her son, who refuses to believe his father is dead, she must also attempt to build bridges with her eccentric mother. And then there is the Hall itself: fallen into disrepair but generations of lives and loves still echo in its shadows, sometimes even reaching out to the present …

Tell us about the inspiration for The Girl at the Window?

I fell in love with Ponden Hall, the setting of The Girl at the Window at first sight, when I first visited 4 years ago. Now it’s for sale and I’d really love to buy it if I can raise the funds!
Ponden was a favourite place of the Brontë sisters, who used the library there often. They also escaped death by sheltering there during the Great Crow Hill Big burst of 1824.
The novel is based on the true story of the Heaton family, and it really does have a ghost.

How does it feel to be a contender for the Romantic Novel Awards 2020?
It is an honour, and I am utterly thrilled to be short listed for an award by the RNA. As a long time member and supporter of this invaluable association for new and experienced writers across the diverse spectrum of romance fiction, and all of human life that it encompasses, it is a true honour to have The Girl at the Window to be considered for an award. 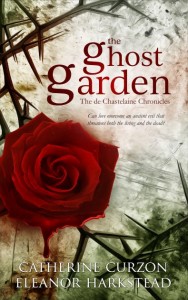 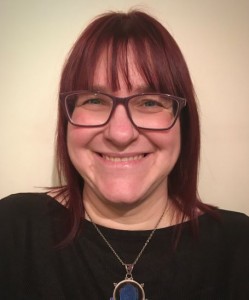 Within the tangled vines of a forgotten garden, can a blossoming new love overcome an ancient evil that threatens both the living and the dead?

What inspired your interest in ghost stories?
Catherine Curzon
I’m very keen on all things paranormal and have experienced a few strange goings-on of my own. Though I’m always trying to find a rational explanation, sometimes there just isn’t one to be had. I’m more than happy to discuss anything related to spooks and phantoms.

My personal love of ghost stories began when I was a little girl growing up in the Midlands. My grandfather was an incorrigible teller of tales and his stories of a ghostly Lord Byron haunting the village pub where my grandmother worked resonated with 5-year-old-me and led to my dual career as historian of 18th century history and novelist. They also scared me so much that I refused to go into the pub and waited in the beer garden – until he told me that Byron’s spectre roamed outside too! 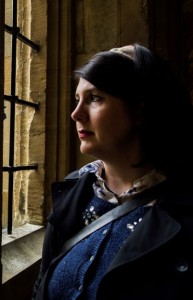 Catherine and I have co-written many books together in the past couple of years, as well as running a podcast called Gin & Gentleman. Under my real name, I have written non-fiction and biography (Fatal Evidence, my biography of 19th C forensic scientist Alfred Swaine Taylor, was one of the Guardian’s Best Summer Books 2018). I have appeared on BBC1’s Murder, Mystery and My Family, and Radio 4’s Punt PI. My love of historical mysteries fed into the novel, and I was partly inspired by trips across Exmoor with my parents. It’s the perfect setting for a novel like The Ghost Garden, with its rich history and beautiful landscape. The novel was also inspired by “ghost gardens” appearing in the dry weather in 2018, such as the old garden at Gawthorpe Hall in Lancashire.

How does it feel to be a contender for the Romantic Novel Awards 2020?
Catherine Curzon
It’s an absolute thrill to discover that The Ghost Garden has been shortlisted for Romantic Novel of the Year. This time any shivers down the spine were strictly shivers of excitement!
Eleanor Harkstead
I’m so pleased, and so excited. It’s wonderful to see our work being appreciated. I have hearing loss, so it’s really nice to be shortlisted – I might have a disability, but I can still write! 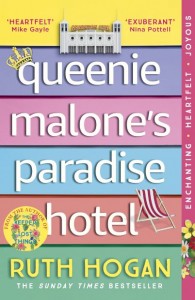 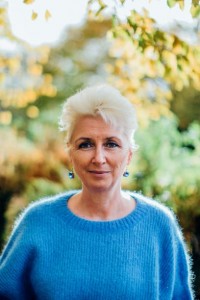 Tilly was a bright, outgoing little girl who loved fizzy drinks, fish fingers and Catholic churches. But what she loved best of all was living in Brighton in Queenie Malone’s magnificent Paradise Hotel. Tilly was heartbroken when her mother sent her away from the only home she’d ever loved with little explanation and no warning. Now an adult, Tilda returns to Brighton after her mother dies and, with the help of her beloved Queenie, sets about unravelling the mystery of her childhood exile – only to discover her mother was not the woman she thought she knew . . .

What made you choose Brighton as the setting for your book?
Brighton is my favourite place in the whole world, it’s where I got married, and will always be special to me, as it is to Tilly and Tilda.

How does it feel to be a contender for the Romantic Novel Awards 2020?
I’m absolutely delighted that QUEENIE MALONE’S PARADISE HOTEL has been shortlisted for RNA’s 2020 Romantic Novel of the Year Awards. Queenie herself would be thrilled and planning her outfit already!

The Hotel Where We Met, Belinda Jones, (Independently published) 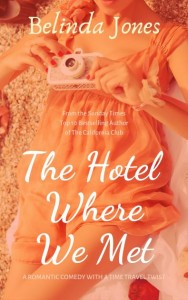 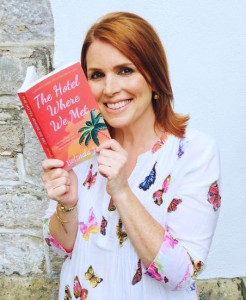 There’s a very particular reason why Chloe Sinclair has not met her Mr Right – he doesn’t exist. And the reason he doesn’t exist is because the right couples in history did not get together. It now falls to Chloe to travel back in time and matchmake like her love-life depended on it.

How did you choose the setting for The Hotel Where We Met?

I have been obsessed with Coronado Island ever since I first visited 20 years ago and discovered that this is where Marilyn Monroe filmed Some Like It Hot. I was lucky enough to meet her co-star Tony Curtis at the 50th Anniversary celebrations at the Hotel Del Coronado. Last year at the Coronado Island Film Festival, I met and interviewed Jack Lemmon’s son Chris (also an actor) and he agreed to a cameo in the book, which was such a thrill! It is amazing that there are so many people on Coronado who still remember watching Marilyn film on the beach.

One of the most remarkable results of writing The Hotel Where We Met (visiting Coronado in four different eras in history – 1888, 1929, 1958 and 1985) is that I have now been commissioned to write the content for the new Coronado Visitor Center website launching this Spring!

How does it feel to be a contender for the Romantic Novel Awards 2020?
It is such a heart-warming delight to be honoured by people who truly know and love romantic novels! The Romantic Novelists’ Association does such wonderful work championing this genre and showcasing the amazing range of themes and ideas a romantic novel can encompass. I tried something a little unconventional with this storyline and I am thrilled to see it embraced in this special way! 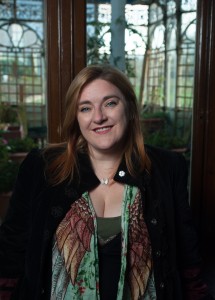 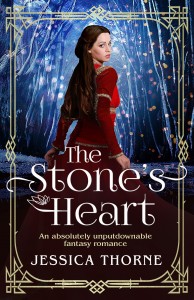 Petra Kel – now a General in Queen Belengaria’s guard – left her heart behind her long ago. But when the love of her life, Bel’s brother Zander, returns at the same time as an ancient evil arises from the stones of Anthaeus, she finds herself torn between love and loyalty.

Tell us an interesting fact about you.

I’ve loved Space Opera ever since I saw Star Wars at far too impressionable an age.

I’m absolutely thrilled to be shortlisted. What an adventure! The RNA has been the source of such incredible support and friendship throughout my writing career so I’m incredibly excited and truly honoured.