Congratulations to the contenders for the Katie Fforde Debut Romantic Novel Award: 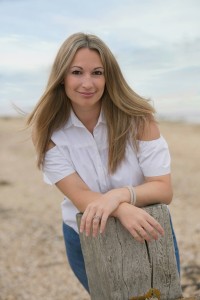 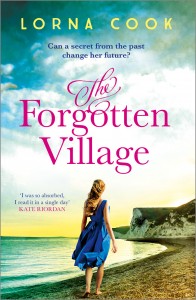 1943: The world is at war, and the villagers of Tyneham are being asked to make one more sacrifice: to give their homes over to the British army. But on the eve of their departure, a terrible act will cause three of them to disappear forever.

Where did the inspiration for The Forgotten Village come from?
The inspiration for the novel came when I found an article showing the abandoned Dorset village of Tyneham in a national newspaper. It was requisitioned in entirety and never handed back. Taken by the army in 1943 to use for D-Day training, it is still owned by the MOD and still remains unlived in and crumbling. What happened to those who lived there? Where did they go? I researched the village, became hooked on its history and around it, crafted a dual-timeline novel as secrets surrounding requisition day are discovered seventy five years later.

How does it feel to be a contender for the Romantic Novel Awards 2020?
The RNA is such a huge part of my working life. I’ve made such wonderful friends and the guidance and support I’ve received from the RNA has been so incredibly invaluable. To be shortlisted for this award, on the back of winning the RNA’s Joan Hessayon Award has made my year! 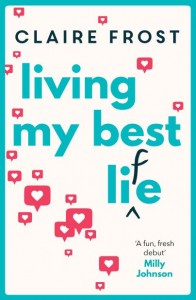 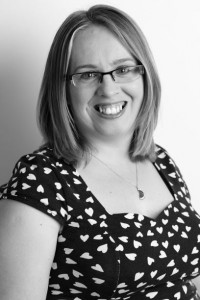 After being dumped by her boyfriend of ten years, Bell’s struggling to move on. Single mum Millie is a social media influencer but is lying to her followers and herself. The pair become unlikely friends and start to realise what truly matters. A heartwarming and, funny tale of female friendship.

How does it feel to be a contender for the Romantic Novel Awards 2020?
I am completely over the moon to be shortlisted for this award. It was my dream for so long to write a book and see it on the shelf in a bookshop. But actually the best thing about being a debut author has been hearing directly from readers how much they have enjoyed Living My Best Life, which is why being shortlisted in the RNA’s reader-judged awards is so special. Thank you to everyone involved. 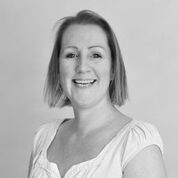 A heartwarming friendship, a heartbreaking diagnosis and a unexpected romance send shy Lucy Baker on a journey of self-discovery that will change her life forever.

Where did the inspiration for The Hopes and Dreams of Lucy Baker come from?
My books are set in and around East Anglia. It’s a beautiful part of the country and I only came here by chance because I met my future husband surfing in Cornwall and that’s where he lived. (He was surfing – not me!) I’ve been here 21 years now and love it. I feel it is an overlooked part of the country. Lucy Baker’s story was inspired by a locket given to me by my mum, and witnessing my own father suffer from dementia. Sadly, we lost him in 2015. I also have a very special friend and neighbour who is older than me, and our friendship was the basis for Lucy’s friendship with Brenda. I love that your best friends can be people totally different to yourself in age, background or gender. It was fun exploring this idea.
Lucy is a competent knitter in the book, but I can’t knit for toffee. The idea for this, and the knitted Poldark that features in the story, was my sister-in-law, whose knitted Harry Hill got shown on his TV Burp. She was my knitting consultant and knitted the Poldark I use for book publicity.

How does it feel to be a contender for the Romantic Novel Awards 2020?
I am beyond thrilled that my debut novel, Lucy Baker, has been shortlisted for the Ronas. A perfect end to an unbelievable year for a book that holds a special place in my heart. 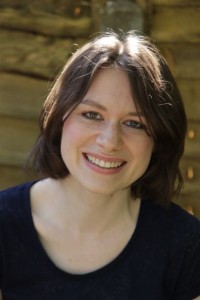 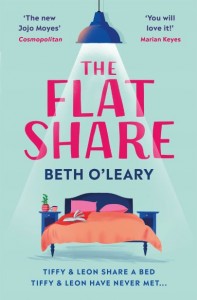 Tiffy needs a cheap flat, and fast. Leon works nights and needs cash. Their friends think they’re crazy, but it’s the perfect solution: Leon occupies the one-bed flat while Tiffy’s at work in the day, and she has the run of the place the rest of the time.

What was your inspiration for The Flat Share?
The idea for The Flatshare stemmed from my own living situation: I had moved in with my boyfriend who is a junior doctor and was working lots of night shifts, and like Tiffy and Leon, we shared a space but often went days without seeing each other. It got me wondering what might happen if two strangers lived that way …

How does it feel to be a contender for the Romantic Novel Awards 2020?
I am absolutely over the MOON to have been shortlisted! What a huge, huge honour. 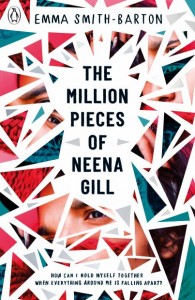 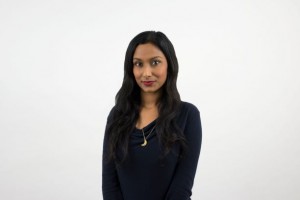 Neena’s always been a good girl – great grades, parent-approved friends and absolutely no boyfriends. But ever since her brother Akash left her, she’s been slowly falling apart – and uncovering a new version of herself who is freer, but altogether more dangerous. As her wild behaviour spirals more and more out of control, Neena’s grip on her sanity begins to weaken too.
And when her parents announce not one but two life-changing bombshells, she finally reaches breaking point. But as Neena is about to discover, when your life falls apart, only love can piece you back together.

Emma Smith-Barton was born in South Wales to Pakistani parents. Growing up between cultures has heavily influenced her writing and she is especially interested in exploring themes of identity and belonging. Before writing, she taught in secondary schools for six years and is passionate about increasing awareness of mental health in young people. Her short stories have appeared in various publications such as Mslexia and The Bristol Short Story Prize 2016 anthology (under her pseudonym for adult fiction, Amna Khokher). The Million Pieces of Neena Gill is Emma’s first novel for young adults.

It’s such a delight and pleasure to be shortlisted for the Romantic Novel of the Year Award – what wonderful company to be in!”