In honour of the RNA’s 60th Anniversary we’re interviewing some of the many volunteers who work hard behind the scenes to keep the organisation, website and blog running smoothly. Today, Catherine Lawless, a member of the blog team, is in the Hot Seat talking about her debut novel, Beach Hut. 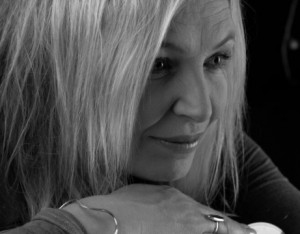 Welcome, Catherine. When did you realise you wanted to be an author? – Since early childhood, writing has stalked me but self-doubt prevented me from sending anything off. Thanks to the RNA (so many moons later), I learnt that I wasn’t alone and that even some of the most prolific and successful authors had moments of self-doubt at some point during their careers.  If I was unhappy when I was a child, I would simply create a better place to live for a while. I have always used writing as a means to escape and when I was diagnosed with PTSD several years ago, writing became my saviour. Panic attacks and agoraphobia made it impossible to leave the house at times, so I needed to write my way out as my world had started to implode. Writing allowed me to take a virtual tour, travelling the world and meeting hundreds of wonderful, inspiring people, something I could not do incarcerated in my home.

What was the inspiration behind your book? Can you tell us a little about it? ‘Beach Hut’ became my ‘Sliding doors movie’ novel. I created singer/songwriter Sam Tate who lived the life I wanted had things have been so different. Sam is everything I wanted to be. She is a successful songwriter, her home is the house of my dreams and as for Dominic O’Donnell, he is just perfect. Sam suffers severe anxiety and yet she conquers it. I guess I felt if she could do it then so could I?

What book do you wish you had written? ‘Rivals’ – Jilly Cooper. It was after reading this that I realised I wanted to write contemporary romance novels. Her characters, locations and the fascinating, cut-throat world of Corinium television were so perfectly depicted and described that it was escapism at it’s finest.

If you could give your younger writing self any advice, what would it be? – What are you waiting for? Who the hell is going to care about what you have to say if they never get to hear you?

What advice would you give to aspiring authors? – Read and write, read and write and then read and write some more and never give up. Try to stop finding reasons not to write because there will always be plenty of those. Your job, dog walk, school run, meal times, family or friend commitments etc.

Can you tell us what you are working on now? – I have just finished two romance novels, ’SnowGlobe’ and ‘Mini Me’ which I am currently editing. I am also working on a book about PTSD, it is something I feel passionate about.

Catherine Lawless lives in Hertfordshire with her husband, daughter and their three border terriers. She writes novels, journals and children’s books. Catherine’s career started out as a singer/songwriter in a rock band. She toured extensively throughout Europe and the UK before settling down and following her childhood dream of writing books. Her debut novel, Beach Hut, is available from Amazon and Waterstones. 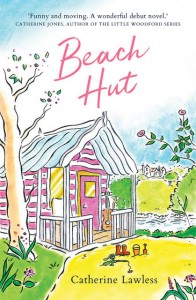