In honour of the RNA’s 60th Anniversary we’re interviewing some of the many volunteers who work hard behind the scenes to keep the organisation, website and blog running smoothly. Today, Ella Matthews, who has recently taken over as editor of Romance Matters, the RNA’s members only magazine is in the Hot Seat. 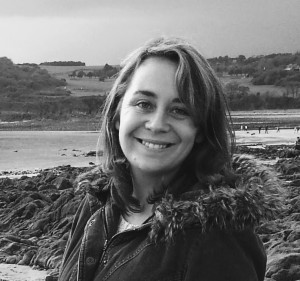 Welcome Ella, can you tell us a little about what your role as editor entails?

The roll involves commissioning articles for the magazine, organising them into the magazine layout and liaising with the design and print teams.  I worked in publishing for many years but even so it’s been a steep learning curve working on a magazine from beginning to end. I’m currently putting together Issue 2 for 2020 and I’m really excited about the content so far.

Thank you Ella, now can you tell us a little about your latest book?
The Warrior Knight and the Widow is a Mills and Boon historical romance. The idea came to me while I was at the RNA conference in 2018 and I mapped it out after going to a fantastic seminar given by Fiona Harper on structure. Ellena is a widow who suffered at the hands of her first husband. Now that he’s died she’s fighting for her independence in a world that doesn’t allow females to thrive. Braedan is a knight who’s trying to do the right thing by his family but in doing so will have to betray Ellena, the woman for whom he is falling in love.

How did you decide on the names for your characters and the setting for your book?
Ellena’s home is based on the beautiful Oystermouth Caste in Mumbles, a fishing village near where I live. I wrote a lot of background material about this place, which is Ellena’s safe haven but in the end it only features as a disputed territory. The real castle is worth a visit if you are ever in the area.
The names were harder to settle on but I wanted to keep the connection to my hometown. Ellena is Lady Swein, which I mutated from Sveinn’s thought to be the Old Norse name for Swansea.

Without giving too much away, what was the hardest part of the book to write?
I definitely found writing the sex scenes difficult and not just because I thought my mum’s friends might read them! It was actually the technical side that I found hardest, sometimes my characters had too many arms or one hand doing something that was physically impossible bearing in mind what else my couple were doing.

Before I begin a story I map out each chapter and write little notes where I think I need to research something. This does sometimes backfire. In my latest novel I had my heroine driving in a carriage three hundred years before they were invented!
Along with some serious books about the medieval period I’ve also got my kids’ Usborne ‘lift the flap’ book on castles, which was very useful when thinking about what life was like for ordinary people living in one.

When I first started writing I thought I could write a story off the top of my head without really worrying what the end would be. I learned the hard way that this approach was all wrong for me. I also believed that writing down character backgrounds was a complete waste of time because, of course, I would remember all the details about my character over the length of the novel. How wrong I was!
My advice to my younger writing self would be – whatever writing you do before you begin your novel, be it for research or a character’s physical appearance, is absolutely essential. You may only use a tiny fraction of that writing in your story but that small bit may relate to something completely pivotal. In summary – don’t be lazy!

Can you tell us what you are working on now?
I’ve recently submitted another medieval manuscript to Mills and Boon. This one follows two characters who have small roles in The Warrior Knight and the Widow and is a forbidden love romance.
I was going to take a little break while I waited to hear what edits I need to do but I’ve started outlining a third, which I’m already enjoying writing. It’s going to be an enemies to lovers romance, which I always love reading myself. 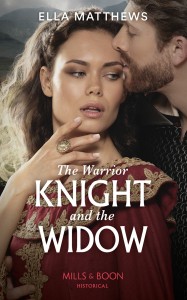 Ella Matthews lives and works in beautiful South Wales. When not thinking about handsome heroes she can be found walking along the coast with her husband and their two children (probably still thinking about heroes but at least pretending to be interested in everyone else.

Thank you for talking to us today, Ella.

Romance Matters is a magazine for members, by members, so please do get in contact with any ideas you have at ellamatthews@romanticnovelistsassociation.org