NWS graduate Zoe Allison tells us about her debut novel and the importance of mixed race characters in fiction. 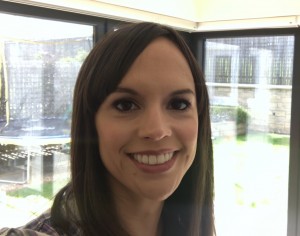 I was around eleven years old when I realised I was “different”. At school during class my teacher asked us to think of something unique about ourselves, and then he went around my peers one by one getting them to volunteer what separated them from everybody else in the room.

I racked my brains. There was nothing special about me and I didn’t know what to say. When it was my turn I confessed I couldn’t think of anything.

“Well, where is your mum from?’ the teacher asked.

“So,” the teacher continued. “Can anyone else in the room say that they have a Welsh mum and a Pakistani dad?”

That’s when it occurred to me that, unlike the rest of my friends, my parents didn’t “match”. I hadn’t really thought about it before. The teacher’s intention was good; he wanted to make us see that we were each special. He wasn’t to know that he had caused a rather hefty penny to drop.

Growing up as a child and in young adulthood I tended to identify more with my western than my eastern roots and most of the time I didn’t notice my “difference”. Apart from occasions where cultural differences would become apparent, such as in the way other families celebrated religious holidays.

My feeling is the main reason I would be able go for long periods without having to think about being different was due to the mass opinion of others that I didn’t “look it,” as I was often told. This sort of comment was on occasion uttered innocently, but at other times with a reassuring air that perhaps not “looking it” should be somewhat of a relief for me. I think a significant factor in enabling my fitting in is that I have been awarded white privilege by society, because that’s how I am viewed. My surname was really the only thing that gave me away and now I largely go by my married name (Zoe Allison is my pen name). This privilege is something I would not underestimate the power of, because I know other mixed race or BAME people are not privy to it and they suffer as a consequence. However the way I outwardly appear racially is not the same as how I identify within. I very much feel mixed race although I may appear white.

Nowadays, having had a few years of self-reflection, I am more inclined to notice how underrepresented mixed race people are on TV, in films, and in books. Especially in books, because I have seen an increased number of mixed race families on screen over recent times but I haven’t particularly noticed the same in literature. I suppose it doesn’t help that we are a very heterogeneous group and one person is not representative of another. I can’t speak for others who are of a different mixed race background to myself, no more than I can for a non-mixed race BAME person. Their narratives will be hugely different to my own.

The heroine in my debut novel is mixed race, though perhaps only subtly alluded to. This is partly because that’s how I imagined her, but also to a deliberate extent, to try to increase representation. The hero, in my mind, is also mixed race although all I refer to in the book are his hair and eye colour. I wanted people to imagine their own hero, however secretly I’m hoping that some people might picture him as I do.

Zoe lives in Edinburgh, Scotland with her husband and two children. A medic by day, she started writing in her spare time as a means to counter burn out and found that this was a balm for the soul.

She is a fan of the romantic genre and its “happy ever after” ethos. A sharp contrast to what she can, at times, see in her day job. Zoe is keen for the female lead in romantic fiction to disabuse stereotypes and walk on an equal footing with her male counterparts. She prefers male leads who do not display signs of toxic masculinity and believes and that positive masculinity is much more attractive to women and healthier for men.

Her debut novel “Impervious” will be available to preorder on March 3rd and released on April 14th 2020 (published by the Totally Entwined Group) and went through the NWS in 2018. 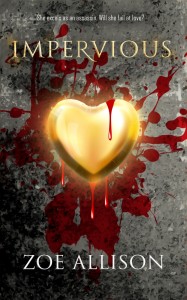 The publisher’s link is: https://www.totallybound.com/book/impervious

Thanks so much for talking to us today, Zoe.

Zoe was interviewed by Eleanor Harkstead