Each month we are highlighting a particular aspect of writing romance, and this month our bestselling authors tell us how they go about creating the perfect heroine:- 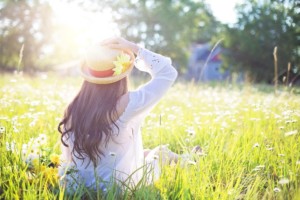 For Liz Fielding “the type of woman is dictated by the kind of story I’m writing. She will have a strong core, be passionate about whatever it is she is striving to achieve, be protective and a survivor.” Sheila O’Flanagan believes a heroine should also be “flawed but believable. I like them to have a work/life balance although that might be out of kilter in the book. They have to be able to think for themselves, even if their thinking is sometimes muddled.” She adds, “I don’t like heroines who are totally self-obsessed, or who have vague, unspecified jobs.”

Milly Johnson’s method is to “pick a name that suits her and one I like (ie. she will never share the same name as a girl I hated at school)” then try not to make them all the same shape. “I had a glut of small, curvy women and realised I needed some taller women with different figures so that there is plenty to appeal to all women. We like to put ourselves in the heroine’s place and it’s an extra if you can physically identify with her too. I choose her job and … then I ask myself ‘why do her friends like her?’ That gives me a great insight into her character. And what’s imperfect about her? Why, at the beginning of the book, does she need help from me – the author – to get her happy ending?”

Dilly Court writes in deep third, so entirely from the point of view of her heroine. “I don’t set out to give her characteristics,” she says, “she develops them as I get to know her, which is true of all my characters.” Jill Mansell’s priority is “always for my heroine to have a quick wit and a sense of humour”, just as for her heroes, “because to me that’s what creates the magical spark and the chemistry between them.”

Elaine Everest goes to the movies for inspiration – “My heroines are the girl next door kind. Someone we could be friends with. Jo in Little Women, Meg Ryan in You’ve got Mail” – while Prue Leith models her heroines on friends.

As for Kate Walker, her heroines are created by “knowing her character, her back story, her feelings and beliefs. I want to know why she is in the situation that creates the story of the novel and how this affects her … A Harlequin Presents heroine isn’t afraid to stand up to the hero in her own way, whether she’s at home in his opulent world or not. She can be shy and innocent, feisty and daring or anywhere in between.” Personally, Kate dislikes “a heroine who lets the hero treat her appallingly and then when he says ‘oh, sorry – I was wrong. I love you really’ just melts and goes ‘that’s all right then!’ Or one who jumps to conclusions.” She feels that “the best heroines are the ones who are not just fairy tale heroines sitting in their lonely towers waiting for a knight on a white charger to come and rescue her. They need to have a backbone and a mind.”

How much of themselves do authors put into a heroine? 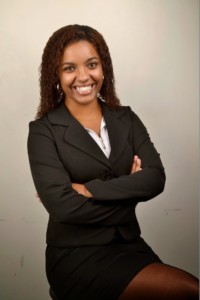 Barbara Erskine says “There must be a bit of me in every character – I’m a writer!” The same goes for Sophie Kinsella: “I think a little piece of me goes into every single one of my heroines. I write in the first person, and I try to create characters with flaws. Even if I don’t share the exact flaw that my character displays, I can relate to it. Luckily, I have enough flaws of my own to find constant inspiration!! I also like writing characters who have a sense of humour and a generally optimistic view of life, which I like to think I have.”

Liz Fielding agrees: “I suppose we all put something of ourselves, our values, into our heroines and make them if not like us, the women we would want to be. Personally, I struggle with women whose life revolves around shopping, who cannot keep a secret, who are mentally small.”

Milly Johnson’s heroines are “always the people I want to be. I like heroines who have lost their way in life and need shunting onto the right path because that is a great way of getting your reader to watch her journey. There are many women out there like that and they see hope in watching these characters flourish.” She says she “can’t stand heroines that a reader can’t sympathise with or care about. I like to ride on a heroine’s shoulders and rejoice when she gets her man, but if I don’t care about her – I don’t get that hit of pleasure.” Prue Leith also puts a lot of herself into her heroines. “If you write what you know you will use your own experience, likes and dislikes more than anyone else’s. I prefer feisty to demure.”

Sheila O’Flanagan, however, likes writing characters “who make different choices to me and whose thought processes might be different too”, although she says “I suppose my own likes and dislikes influence them – I don’t think I’ve ever written a heroine who smokes, for example, because I hate smoking.” And Elaine Everest also tries not to put herself into her characters, “preferring to base them on the traits of other people.” However, she adds that “like me, they will stand up to a bully and fight their corner. It wasn’t until one of my books was published that I realised all three of my main characters had lost their mothers and I’d used my experiences in writing those three scenes. There again I did the same when a much-loved dog dies in one book.” She’s not “one for heroines who are too similar to other female characters in the same book. I do my best to make my main female characters as different as possible to each other.”

So how can we make sure the reader can really empathise with the heroine and how important is it that we do so? 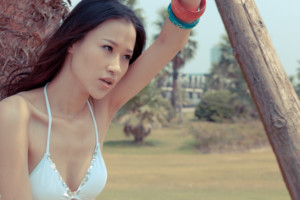 Dilly Court says “I spend three months in her company while writing her story and I have to like her or she would not come across as a sympathetic character, but again she will have her faults. She will be strong, but also vulnerable. I think it’s very important for the reader to care what happens to the heroine and empathise with her so that they have to turn to the next page to find out what happens.”

Barbara Erskine finds it an interesting question. “I hope people will empathise with at least some of my characters,” she says, “but there are villains as well … To make a character believable they are seldom completely bad, so one should be able to sympathise, if not empathise, with their situation. That is why I like to write from several points of view and explore their characters to some extent, if only by sketching in a few words here and there.”

“You have to ask yourself what your heroine wants,” according to Liz Fielding. “What is her passion? What will she do to achieve it? Then you put obstacles in her path and see how she reacts, how she deals with difficulties … Show her angry, show her frightened, show her beaten. And then watch her get back up and try again.” Kate Walker agrees. “The way to make … the reader empathise with a heroine is to give her good strong motivations. The reasons why she does something are what makes her sympathetic to a reader.”

Milly Johnson feels “it’s very important that we identify with a heroine because she carries us through the story with her. Like a friend, you want the best for her. So I write her as if she is someone I’d like, someone I want to triumph.”

“I think we want to read about resilient characters who … grow as the novel progresses,” says Dinah Jefferies. “I like heroines who are vibrantly alive and not always well behaved. For a reader to be able to empathise, the character needs to be human and have flaws we can understand … the characters are real people we want to root for. We identify with them and live in their heads, we develop rapport, feel sympathy, understanding, fellow feeling and so on. Whatever emotions the character goes through, the reader will also go through, so they have to ring true. I try not to make my main characters irritating which can undermine all of that. I want my reader to feel that they know them and would recognise them if they walked into a room.”

Elaine Everest feels that “a reader must relate to a heroine and believe in her story otherwise they will give up on the book. For me this is writing about the character as if she could be my own friend albeit living in a different time. I will know what makes her tick, what annoys me about her and what I like about her.” Sheila O’Flanagan adds that “as a reader, I like to be totally involved in the characters in the novel I’m reading, and I’d like to think the same goes for the readers of my novels.” She hopes that we will empathise with her heroines and the situations they find themselves in. “I don’t expect a reader to recognise the exact situation, but I want them to be able to relate to the feelings and the decisions that the heroine has to make … to be supportive of her and understand when she makes mistakes, and I want them to be pleased with the resolution.”

Prue Leith believes we should “Just write it!” and that “if you love her, the readers probably will.”

What do you think? Any tips and hints for writing the perfect heroine? Please let us know! And don’t forget to come back next month when our authors will be discussing setting.