In honour of the RNA’s 60th Anniversary we’re interviewing some of the many volunteers who work hard behind the scenes to keep the organisation, website and blog running smoothly. Today we’re interviewing Clare Flynn, the recently appointed Member Services Officer. We asked Clare to tell us what her role entails. 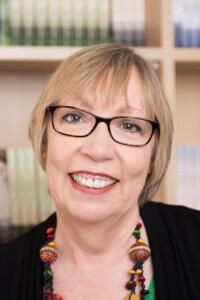 My role is to look after the membership to ensure everyone gets as much as possible out of being in the RNA. I work with a brilliant team of volunteers to oversee communications and benefits for members. Almost as soon as I took the post, Covid-19 struck, so since my first committee meeting in February everything has been virtual – including a Zoom session for the full committee superbly orchestrated by Alison May, our Chair, last month. Right now, I’m working with my team on developing a Member Handbook and establishing a clear communications framework. One of the issues sometimes raised by members is that they don’t always know what’s going on. We want to make sure that doesn’t happen in future by making it clear what to expect from each of the various communication touchpoints – Romance Matters, the Blog, the monthly Newsletter, social media etc. and what is the strategic role of each of them. The lockdown has also presented its own challenges and the new member buddying system is one way we are trying to address that.

Thanks for explaining that, Clare. Now we’d like ask you a few questions about your author life. What was your journey to publication?

I write historical fiction and after securing an agent, my first book wasn’t sold. By then I was frustrated that so much time had passed, and I had another book ready to go, so I decided to try self-publishing. I’ve never looked back. I hate the term self-publishing as, if done properly, it’s a complete misnomer – I have a brilliant team of editor, designer, proofreaders, etc. These are all top-class professionals who work for traditional publishers too.

I’m now a hybrid author, with nine indie books and two published by Canelo, who approached me out of the blue. While I like the team there and enjoy working with them, at heart I’m an indie, although it’s great to have a foot in both camps. I’m a control freak, my background is in Marketing and I’m used to running my own business, having had almost twenty years of doing that before I became a fulltime writer.

What was the inspiration behind your latest book? Can you tell us a little about it?

My most recent novel, Prisoner from Penang, is the follow up to The Pearl of Penang, 2020 winner of the BookBrunch Selfies Adult Fiction prize. I didn’t plan to write a sequel, but I had a number of requests from readers – and I’m now working on a third to complete the trilogy.

The first book, mainly set between 1939 and 1941 in colonial British Malaya, jumped from the Japanese invasion of Penang in December 1941 to the post-war period – as the main character managed to escape to Australia for the war years. The idea behind Prisoner from Penang was to follow the fortunes of a secondary character, trapped in Singapore and subsequently captured by the Japanese and interned in the women’s camps in Sumatra. I vaguely remembered the BBC series Tenko from the 1980s, and that initially put me off tackling the subject as it felt I might be treading old ground. But once I’d read some biographical accounts of the real women behind that series, as well as the plight of other women prisoners throughout the Pacific theatre, I decided their sacrifices and suffering needed to be brought to the attention of other generations as they have largely been forgotten.

While the inspiration was real women, all my characters (apart from a couple of minor walk-on parts) are invented. The challenge was drawing on my imagination, while staying true to the actual events. I didn’t want it to be just another Tenko. In the end, I hit on a mixture of present-tense post-war action, bookending a past-tense written wartime memoir. Fortunately, this worked, but it was a hard book to write because of the subject matter I had to deal with.

However Prisoner from Penang does have a redemptive and uplifting conclusion, and so far, I have been overwhelmed by the positive reception it has received. I would say out of all my eleven novels that I’m most proud of having written.

I wrote it quickly. Basically within a couple of months – highly unusual for me as I usually take at least six. I decided early on it wouldn’t be a long book, and once I’d hit on the structure of a memoir inside a post-war story, it all fell into place. But to be honest, until then, I kept thinking I wouldn’t be able to write it and several times almost gave up.

Speed was enhanced by my wish to have it established before VE Day, with an opportunity for a big push in the summer around the often forgotten VJ Day. In order to make this possible I decided to write the entire book during NaNoWriMo, National Novel Writing Month in November. As an added incentive, I took myself off to France for a week at the end of November, to stay alone in a cottage in order to finish it with no distractions.

I’m fortunate that I don’t have to do major redrafts. As I go, I’m constantly finetuning and tweaking and agonising to make sure very word and phrase is as strong as I can make it. My editor is very exacting but with Prisoner the only major changes were around minor things and she told me she believes it to be my best book too. So far, readers appear to concur, and since its publication in April it has become my best-selling book, alongside The Pearl of Penang. 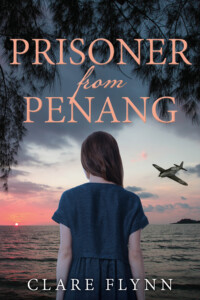 Clare Flynn is the author of eleven historical novels and a collection of short stories. A former International Marketing Director and strategic management consultant, she is now a full-time writer.

Having lived and worked in London, Paris, Brussels, Milan and Sydney, she is now based on the coast in Sussex, England, where she can watch the sea from her windows.

When not writing, she loves to read, quilt, paint and play the piano. She continues to travel as widely and as far as possible all over the world – squeezing in her last trip – to Egypt – just two weeks before lockdown.