In honour of the RNAs 60th anniversary year, we have put together a special series of blog posts on various aspects of writing romance. These feature advice and comments from some of our bestselling author members, who all have a wealth of experience and expertise. We hope these posts will be informative and interesting to both new and seasoned writers, but please feel free to add your own tips in the comments section below!

Each month we are highlighting a particular aspect of writing romance, and this month our bestselling authors discuss viewpoint:- 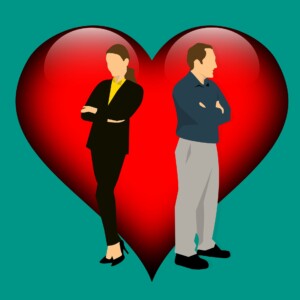 Picture by Mohamad Hassan at Pixabay

Sophie Kinsella has written books from multiple viewpoints and also some from only one viewpoint, in the first person. “I find that multiple viewpoints make plotting far easier,” she says. “You can build up tension by contrasting the mindset of two people at odds with each other. However, having discovered writing in the first person, I am somewhat addicted to it! It is such an immediate, intimate way to write, and I feel as though I live and breathe the journey of each heroine.”

Sheila O’Flanagan also writes in both third and first person POV. “Whichever I use depends on the story itself.” Occasionally, after writing the first chapter from one point of view she decides to change it. “It’s entirely down to the story and the best way to tell it.” Rosanna Ley, on the other hand, always writes in 3rd person and uses only one viewpoint per chapter. She feels that “any more will jar” but believes “it’s possible to get just as close to a character’s internal voice in 3rd as in 1st POV.”

“I think point of view is the writer’s personal choice,” says Dilly Court, “but it takes skill to write from multiple viewpoints. I write from the heroine’s POV simply because I find that it works. Everyone has their own preference.” Dinah Jefferies also thinks it’s very personal and there are no rules for any genre. She’s just had to change an entire first-person present story into third person past, so she’s “feeling a little jaded about viewpoint. It was incredibly tedious. I prefer to hit on the best way to write a novel from the start if I can …” but “… it can be a case of trial and error and sometimes it’s worth trying out different viewpoints.” 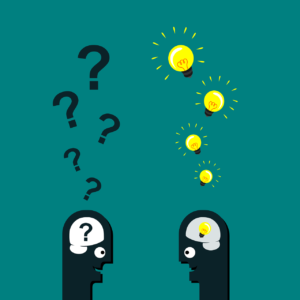 Picture by Jambulboy at Pixabay

Barbara Erskine, who writes dual time stories, starts with two major viewpoints – past and present, and then subdivide to have viewpoints from various major characters, “both the goodies and the baddies.” She never writes in the first person – “that is too limiting for my kind of story.”

“I started out with books written only from the heroine’s point of view and no insight into the hero’s,” Kate Walker tells us. “You let the heroine make all the mistakes about the way she believed the hero was thinking and his motivations. It was easier to make the hero look cold/cruel/uncaring because you didn’t show what was in his head … Now it’s possible to have the hero’s POV and portray him more sympathetically.”

“I will write up to three viewpoints in a book,” says Katie Fforde. “If I read a book with more than three, I am very likely to give up. One always leaves a little bit of one’s heart behind with every character, so if there are too many, you end up not caring about any of them.” For Liz Fielding, though, there’s not much choice – “my publisher prefers third person, past tense, multiple viewpoints and I’m very happy with that, although I have written a couple of books in the first person for them.”

Until last year, Jill Mansell had always written in the third person past tense, and from multiple points of view, but says “then I thought it might be fun to write Maybe This Time from one point of view throughout. It was the most difficult thing I’ve ever done and I’ll never ever do it again! Because I have so many secondary characters, all with their own storylines, it was incredibly difficult to show these events happening because my heroine had to be there whenever anything happened to anyone. Not always practical!”

How do you create your chosen point of view? 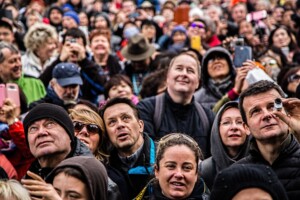 “It is best to look at a scene … from the point of view of the character who has the most to lose at that moment,” says Kate Walker. “I would also add that it can be most effective to use (a) the character who is feeling the strongest at this particular moment or (b) the one whose thoughts are in opposition to what they are saying. When one character knows more about the situation than the other, you need to weigh up whether … to let your reader know that – in which case you will be in the head of the person with that knowledge – or hide it from them by being in the head of the person hearing the information, and so taking it at face value.”

“The viewpoint characters will usually be the main characters in the story,” for Rosanna Ley. “Choice of viewpoint for each scene depends on the emotional focus for me, i.e. whose thoughts/feelings do I want to explore/develop in that scene? A minor character will not usually be given a viewpoint.” Sheila O’Flanagan feels that “regardless of whether it’s first or third person, you have to put yourself inside the head of the characters … and try to think like them and see what they’re seeing.” “Only with much practice can we get this right,” adds Elaine Everest. “My ideal way is to be able to slip seamlessly between POV without confusing the reader.” 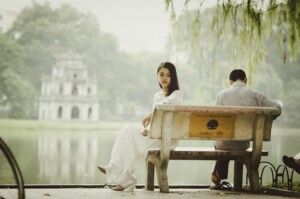 Picture by Takmeomeo at Pixabay

Writing in first person “needs care”, according to Liz Fielding, because “you are only ever in one person’s head and showing how other people are feeling, and while not impossible, it takes thought. And it’s very easy to write yourself into a corner – a bit like painting the floor of a room and starting backwards from the door.” Dinah Jefferies’ method is to “sometimes start one way and then go for another if it isn’t working.” She rarely uses omniscient as she finds it “extremely irritating to be in and out of a different character’s head in the same scene.”

Is there any kind of viewpoint that would put you off reading a story?

“I don’t like the narrator to suddenly intrude,” says Prue Leith. “If you are in mid-story, there has to be a really good reason to go off-piste and it seldom works. And I get irritated if I don’t know whose head I am in.”

Jill Mansell finds third person present tense “hard to relax and enjoy reading – it always makes me feel as if I’ve been blindfolded and someone else is observing the action then whispering every event into my ear.”

Nothing puts Sheila O’Flanagan off, but she’s “not a fan of second person POV.” Rosanna Ley also feels that “variety is good,” and Barbara Erskine agrees, but says “I do look for authentic voices.” 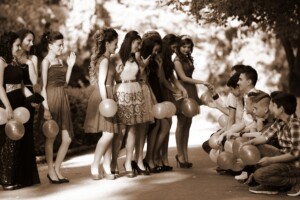 Picture by Adina Voicu at Pixabay

Liz Fielding believes a lot of people don’t like first person, “but it used to be a lot more common … I’m not keen on present tense but can be swept up sufficiently to forget it.” Katie Fforde says “unexpectedly I have got used to ‘first person, present tense’ but it’s never going to be a favourite,” while Milly Johnson feels that “some books work better with certain viewpoints – or a mix.”

Rosanna Ley finds it “intensely irritating. Head-hopping’ doesn’t give the reader the chance to get fully involved with a character’s inner feelings before they are whisked off somewhere else.” And “the best description of badly handled head-hopping” Dilly Court has heard is that “for the reader it’s like being in a crowded room with everyone speaking at the same time.” Prue Leith feels it’s “vital to make clear whose head you are in.”

Too much head-hopping can put Elaine Everest off a book too, “especially if I have to stop and check whose POV I’m following. If it is done with care and doesn’t confuse the reader then it’s fine.” Katie Fforde disagrees. “Head-hopping between scenes – I’m afraid I’m very old-fashioned and can’t read books where this happens.”

“I had to look up ‘head-hopping’ because I’d never heard of it,” says Sheila O’Flanagan. “If I unconsciously do it in a novel (and I have from time to time) I usually edit it out … What drives me crazy, though, are novels where some chapters are written from a first person POV and others are third person. That totally wrecks my head!”

Barbara Erskine wants her readers to know what different characters are going through, and says “it helps to build tension if one can see trouble ahead via various antagonists, but I limit the viewpoints to a few chosen characters and keep each change of view to a different sub chapter.” 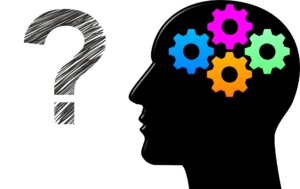 Picture by Tumisu at Pixabay

“Head-hopping …” Liz Fielding muses, “well, there was a scene in one book where the hero and heroine were dancing, a huge moment for them both, and I switched mid-scene from one to the other for the reader to know how they were feeling … I still don’t feel the necessity to keep one scene/one viewpoint, but I know it can be irritating and these days I think hard about it. The main thing is to make sure the reader knows whose head she’s in at all times. I won’t mention Nora Roberts … Oh, I just did!”

Milly Johnson likes third person past tense. “I’ve never written in any other way (yet) – it works for me. That way I can head-hop and show what all the characters are thinking. That’s the joy of … getting into everyone’s heads and spilling their beans. It’s one of those ‘do not’ rules that should be smashed up with a mallet. Same as ‘do not use adverbs’. Ignore!”

Kate Walker agrees. “Some authors believe it is wrong to head-hop … but I don’t think that is a terrible sin in writing romance. Not these days.” For Kate, head-hopping only becomes a problem “when it makes the reader feel as if she is jumping from one point of view to another too quickly and joltingly without clear awareness of whose POV she’s reading.”

What do you think? Any pet peeves or advice? Let us know please!