What’s that sound? By Eleanor Harkstead 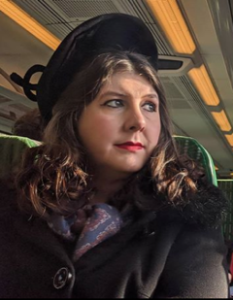 Writers have different ways to get into the “zone”. Some achieve this by going to a particular corner of their home which they’ve set aside for writing. Others might listen to music while they work. Some writers might find they can switch on the part of their brain where their characters and stories live without such things, but many writers need some sort of routine or ritual to get into their creative headspace and concentrate on their work.

When I was thirty, I started to lose my hearing and developed constant tinnitus. The condition can be caused by all sorts of things, but mine has been explained to me as the brain compensating for the sounds I’m now missing thanks to my deafness. My hearing aids do help a lot, but when I’m sitting down to write in an otherwise silent house, all I can hear is tinnitus and the sound of my typing. It can be exceptionally hard to concentrate because my tinnitus plays several different sounds at once. It mimics sounds too, chirruping like birdsong or a 1970s Trimfone (which was very confusing when my partner found one in an antiques shop and I couldn’t tell if the phone was ringing or not). Sometimes it sounds like Morse code, and sometimes it sounds like a distance voice shouting a word I can’t quite make out.

I was getting more and more annoyed at how disruptive the tinnitus was (and annoyance only stokes it and makes it more disruptive), when I discovered sound generators. The sound generator is designed to play an endless loop with a join you don’t notice, so you don’t have to remember to put a sound file on repeat. It works as a reverse alarm clock too so you can set it up to play as you’re falling asleep, very handy as tinnitus is a right pain at bedtime!

As I wrote while my new sound generator was doing its thing in the background, I discovered that no only was it masking a lot of the tinnitus and helping me to concentrate and relax, it was feeding into what I was writing. At the time, Catherine and I were working on The Captain and the Baker, our m/m romcom set in a Cornish fishing village. Without intending to, I’d been writing scenes set by the sea with the sound generator playing an endless loop of waves washing against a shore.

Hearing the sound of the sea was helping me to remember what being on the coast is like. I lived on the Isle of Wight for three years, but I’ve lived in Birmingham for a long time since then and it’s easy to forget how pervasive the sound of the water can be when you’re on the coast.

Once I’d spotted this, I put on the thunderstorm track while we were writing a scene where Jake gets lost in a storm and finds himself wandering up to the door of Locryn’s cottage. And again, I found it helped me to immerse myself in the storm that my character was battling his way through. I even gave stressed chef Jake some nature sounds to listen to that would help him to chill, based on my generator.

If you have to live with tinnitus like I do, you might now be thinking, “I like the idea of that sound generator!” Then again, you might be reading this and thinking, “I don’t have tinnitus, I don’t need one.” But maybe the next time you get stuck trying to feel your way into a scene, sound might be the answer, and there’s various places online where you can find sound files. Waves, or rain, or a stream, wind in the trees, street noise, or music that takes you to the time period you’re writing in – they all might help you to become immersed in your characters’ world. And if you’re immersed in it, then hopefully your readers will be too. 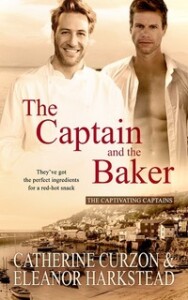 The Captain and the Baker

When a hot-tempered TV chef and a mild-mannered baker meet on the rugged Cornish coast, they’ve got the perfect ingredients for a red-hot snack. But torn between the call of Hollywood and the kisses of Locryn, will Jake choose a mansion in Beverly Hills or a cottage on the Cornish coast?

Available in ebook, paperback and KU. Published by Pride on 25th August.

Catherine Curzon and Eleanor Harkstead began writing together in the spring of 2017 and swiftly discovered a shared love of sauce, well-dressed gents and a uniquely British sort of romance. They drink gallons of tea, spend hours discussing the importance of good tailoring and are never at a loss for a double entendre.

They are the authors of numerous short stories and two novel series, the de Chastelaine Chronicles, and the Captivating Captains, published by Totally Bound and Pride. Their novel The Ghost Garden was shortlisted for the 2020 Romantic Novel Awards. Find out more at www.curzonharkstead.co.uk 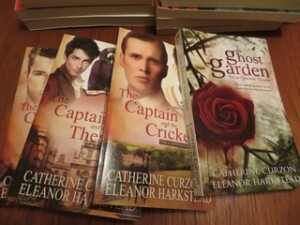