Each month we are highlighting a particular aspect of writing romance, and this month our bestselling authors talk about motivation and writer’s block. 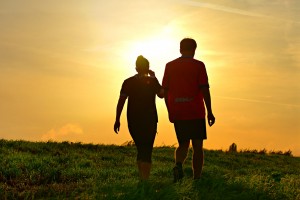 Image by Mabel Amber from Pixabay

Sophie Kinsella was given some very good advice by another author “… that you should never say aloud that you have writer’s block. Your brain subconsciously believes everything it hears, so in fact you should do the opposite and say frequently out loud, ‘I never get writer’s block.’ And hopefully it will become self-fulfilling! If I do get a little stuck on my plot, I walk and talk it through with my husband. Or we go out for cocktails to facilitate the discussion!”

Other pieces of advice range from “Never stop when you’re stuck. Always try to be in a position to be aching to get back to your desk next morning” (Barbara Erskine), “Scribble down a note of what needs to happen next” (Liz Fielding), to “Do something different – go out, see a friend, watch telly, or best, go for a walk. Your subconscious will ensure that a really good idea crops up when you’re far from home and have to write it all down on the back of a till receipt” (Katie Fforde).

Jill Mansell copies out the last couple of pages she wrote – “it throws me back into the story and makes me wonder what’s going to happen next. If I’m really stuck, I’ll throw in a brand new character to stir things up a bit and create new drama. This is possibly why I tend to have a lot of characters in my books …”

Rachel Hore’s best tip is “to choose a regular block of time that is writing time and simply sit down then in your favourite space and write. It doesn’t matter if what comes out is substandard … you end up with words on a page and then you can start playing around with these … and polish up your prose.” She adds that “practising automatic writing can be useful … give yourself 10-20 minutes to write continuously whatever comes into your head … It’s activating the subconscious that feeds our writing and exercises the brain-to-hand process … Finding a writing pal and giving yourselves deadlines for completing work” can also help.

Neither Dilly Court nor Prue Leith have ever suffered from writer’s block, and Elaine Everest says “No other profession has a ‘block’ and neither should we. Tell yourself writing is our job and no writing = no income. That will cure it.” Milly Johnson thinks “it’s a condition that writers have invented to give themselves the excuse to go shopping. Going from cold into writing a book is often like going into the gym and hitting the big weights before warming up. Switch on the computer, answer some emails, maybe do some research … when I’m stuck on a plot, I do ironing in silence. My brain runs off from the boring task and starts sorting out the problem I have. Works every time.” 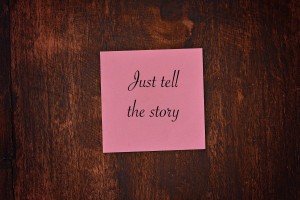 Image by Pezibear from Pixabay

Sarah Morgan has “a personal aversion to that phrase … it conjures images of being unable to write for weeks or months, of losing the ability to do the thing I love … It’s all too scary, so I pretend it doesn’t exist … The truth is that some days are harder than others … It would be a delusional to think that every writer produces perfect, flowing words daily until the book is delivered.”

Kate Walker has a sticky note on her desk – “it says JUST TELL THE STORY and most days that’s what I need to remind me of why I want to do this. You also have to … accept that some days the words will flow, other days it’s like pulling teeth … make sure you give yourself thinking/planning/dreaming time. You can’t always just sit down and write. Though of course the most important thing is to remember the acronym BICHOK – bum in chair – hands on keyboard – the only way to get a book written.”

What about the dreaded ‘second book syndrome’ – how can an author get over the hurdle of thinking she/he will never write another book as good as the first (or tenth/twentieth!) one?

“That feeling never goes away for me,” says Barbara Erskine, and Dilly Court agrees. “I’m halfway through writing my 42nd book, but that doesn’t mean I don’t have doubts. My latest went straight into the top 50 and it does put a huge responsibility on any author to make the current WIP as good as the last – I can only say that I do my best.”

“My second novel is long behind me,” Rachel Hore tells us, “but I often encounter the hurdle when I’m writing a new book. This problem has to be dealt with very severely … tell yourself that you did it before therefore you can do it again … remind yourself that practically every writer you can think of who’s written more than several books has had some that are ‘better’ than others.”

Katie Fforde was “quite lucky in that the publication of my first book was so delayed for various (good!) reasons that I had the second book done before the first emerged. It is really hard to write the second book. You’ve put your whole life, all your best jokes and your sexiest hero into that first book and doing it again is like trying to create a banquet out of what’s left in the fridge at the end of the week. You just have to do your best!” But she still thinks her first book was her best, “26 or so books later.”

Dinah Jeffries also feels she’s “been lucky so far but that doesn’t mean it gets any easier … it probably gets harder, but I have learnt how to overcome the hurdles. The key thing is to completely trust your own instincts, intuition and subconscious mind. Over-thinking killed many a good idea … throw out those nasty demons of self-doubt, envy, anxiety, comparison and imposter syndrome … I truly believe your subconscious mind is your ally, so keep it on side.” 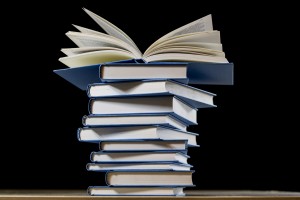 Image by Piotr Wytrążek from Pixabay

“Accept that as a writer you are a mass of insecurities and a total screw up because you are full of doubts and yet at the same time want millions of people to adore you, so you obviously have an ego the size of Jupiter”, says Milly Johnson. “Writing doesn’t become really exciting until you have a readership building after book 3 or 4 so you just have to get on and write them.”

Prue Leith thinks “a lot of writers spend too much time agonising over stuff like this. I like Anthony Trollope’s advice that the most important thing for a writer was cobbler’s wax (with which to glue him to the chair). He also started writing the next book the day after he’d finished the last one, which is a bit extreme. But the longer you delay, the less likely you are to ever start again.”

“I’ve had 33 novels published and the easiest one to write by far was the second,” says Jill Mansell. “I’d just found out my first had been accepted by a major publisher and that was so thrilling it gave me a massive adrenaline boost – the second novel poured out of me like Niagara Falls!”

“Just get on with it, try not to worry and do your best,” is Rosanna Ley’s advice. Sheila O’Flanagan feels that “each book is a learning experience” and she always hopes “that the next one will be better than the one before.”

“Sometimes not being able to write has nothing to do with the book itself,” in Sarah Morgan’s experience. “Life sends us tough times and those challenges can play havoc with motivation … the thing most likely to kill creativity is simply being too busy … Learn to occasionally say ‘no’ … and to prioritize carefully.”

Kate Walker had “terrible ‘second book blues’. I’d had my first book accepted and suddenly this delight of writing/making up stories for myself became real and I was expected to do it again … What got me through it? BIKHOK – and just telling the story.”

What about you – any great tips you’d like to share? Please let us know what works for you!

Part 2 of Motivation and Writer’s Block will come tomorrow.