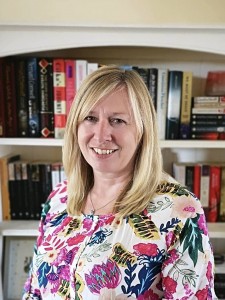 Suzanne, what was the inspiration behind your book? Can you tell us a little about it?

I was inspired firstly by a photograph of my dad and my daughter, she would have been about 8 years old at the time, taken together when they were laughing about something. They had a great friendship and love for each other and the photograph really captures that so well, everyone always comments on how nice the photograph is.

Sadly, my dad died in 2018 having suffered with Alzheimer’s for several years. It was, of course, heartbreaking to see the disease take hold but whenever it became difficult to deal with, I always tried to remember my dad the way he was before, the way I knew him the most and it was the way I wanted people to remember him after he died. I didn’t want them to think of him and then automatically think of Alzheimer’s. I wanted them to remember him when he was full of life. I wanted his life to define him, not the disease.

So, that, together with the photograph inspired me to write The Forgotten Life of Arthur Pettinger. It’s a story of 96-year-old Arthur who is losing his memory and his granddaughter and great-granddaughter come to care for him. Arthur might not be able to remember more recent things but he can remember a woman he met in France during the war – Maryse. She was the love of his life and with a little help from his great-granddaughter and a viral YouTube video, a chain of events is put in motion and the quest to find what happened to Maryse begins.

It is by no means my dad’s story, but it is a story very close to my heart which I’ve wanted to write for some years but never felt able to until recently.

I thought about this book for a long time, maybe two years, before I even wrote a word. It was probably another 12-18 months of writing and rewriting before my agent thought it was in a good enough shape to send out to publishers. Once a deal was secured, my editor had quite a long list of revisions too! All in all, the actual writing spanned about 2 years on and off.

I try to get up early and have a quick scan through social media but by 8.30am it’s homeschooling. Fortunately, this last lockdown has been lighter on the parental input, so I’ve been able to leave my daughter to do a lot of the work without my help. When she’s doing her live lessons, I try to get my writing done. It’s not ideal at the moment, but we’re managing. When the schools are open again, I’ll obviously have a clearer day to focus on the writing without worrying about what a equals if b equals 2m or how dredging a river impacts on the environment!

The hardest part was also the easiest part in some ways. Writing the scenes where Arthur is battling with Alzheimer’s and how his family are coping was very difficult at times as it brought back lots of personal memories and experiences. It was also the easiest as I could draw on that personal experience and I found it a great comfort having time to think about my dad.

I didn’t do a huge amount before I started writing as, initially, the historical storyline was just going to be a small part, almost a backstory. As the book evolved and the historical story became bigger and more detailed, it was then I knew I needed to research WW2 more, in particular, how occupied rural France was affected. I was able to focus my research on personal accounts, either from books or the internet. The story isn’t really a war story. The war and the resistance are the backdrop to a love story, even so, getting the detail right was important.

With part of the book being set in France during the war in a specific location, I was fortunate enough to have been able to visit a WW2 French museum dedicated to the resistance the last time I was in Brittany. Without that, I would have missed a lot of detail from the French perspective.

I’m working on another dual timeline with both eras set in France, with the exception of a couple of opening chapters. It’s about the bravery of two women, one during the German occupation and one in contemporary times whose stories are brought together through a chateau, which was commandeered by the Germans during the war, and the long-buried secrets which still scar the village today.

Suzanne also writes mystery and suspense as Sue Fortin where she is a USA Today bestseller and Amazon UK #1 and Amazon US #3 bestseller. She has sold over a million copies of her books and been translated into multiple languages.

The Forgotten Life of Arthur Pettinger 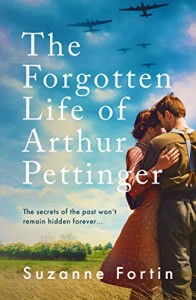