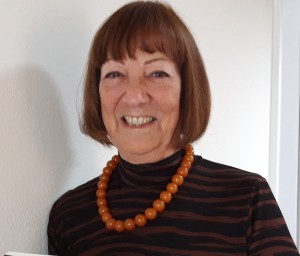 Escapism! The joy of creating a whole new world in a romantic period of history (if you were in the small percentage of the upper classes) so far removed from modernity as to bear almost no resemblance. That is until my characters take over, as they always do, becoming ‘real‘ people and inspiring me onwards. Sometimes I’m able to rein them in but mostly they take me where they will. I blame them entirely.

I have a shelf full of reference and research books that cover my genre and even more novels. It’s because of the many-times-read novels that I tend to plough straight in once my characters have established themselves in my head and start demanding to be put on the page. Having steeped myself in the Regency world for so long, I feel at home there. Research happens as I go along, perhaps checking on what type of carriage might be used, how long it might take a horse (or two or four) to cover the distance between two points. And the fashions. Oh, the fashions!

You know those pantomime scenes when the baddie creeps up behind the goodie and when the goodie looks over his/her shoulder there’s nothing there? And then suddenly there is. Well it was a bit like that. I came to writing entirely by accident. Having abandoned an Open University course due to illness (all fortunately resolved) I was looking around for something to take its place without any clear idea of what I wanted to do. Local authorities offer numerous ten week courses, or they did then, and pure chance drew my eye to creative writing. In a way it was like that pantomime character looking over her shoulder and it was life-changing for me. Hooked from the first lesson, I went on to join first one interest group and then another, moving on as my hobby became a compulsion. I knew I was improving but I also knew I had a mountain to climb. By happy chance I discovered The Write Place creative writing school quite close to where I live. I’ve been a member now for nearly ten years. You never stop learning and you’re never too old to learn.

I had to think about this one but I believe it would have to be Jane Austen’s Captain Frederick Wentworth. The hero of ‘Persuasion’, he is a self-made man and above all a gentleman, with the emphasis on gentle. I would insist he wear his naval uniform. What girl can resist a handsome man in a uniform? I would ask him about his experiences in the Napoleonic Wars. He would be reticent, I am sure, reluctant to talk of his achievements. But he’s solid and dependable. Perhaps I might feel a chill and he would place my shawl about my shoulders with sensitivity and consideration. Aside from his appearance in my favourite Jane Austen novel, I cannot separate him from his portrayal by Rupert Penry-Jones in the made for television 2007 version. If you’ve seen it you know exactly what I mean. If you haven’t – do.

The Unknown Ajax by Georgette Heyer though I could have mentioned at least another half a dozen from this proific and favourite author. Her plot crafting is always superb and her character building no less so. However, the final scene is a masterpiece (I’m not the only one who thinks so), bringing some ten characters together to provide possibly the most satisfying denouement I’ve ever read. It appears to be seamless but I can only imagine the planning that must have gone into it. I guess it isn’t hard to tell I’m a fan, is it.

Don’t be afraid. Every writer I know has self-doubts. I think it goes with the territory and writing can be a lonely business if you let it. Engage with other writers – they are a particularly encouraging and supportive lot. Join a creative writing school if you can. Join a writing group if you can’t. Go to every workshop, conference and event that you’re able to. Be a sponge. And, of course, join the RNA.

A late starter, Natalie has embraced her career with an enthusiasm which she suspects emanates from a desire to make up for lost time. With four published novels and over forty short stories appearing in magazines internationally, she has never lost her ambition to succeed, always ready to attend workshops and conferences as a way of improving her skills. Natalie has now signed a four book contract for her Regency romance novels with Sapere Books, the first of which was published on 6th April 2021.

She lives with her husband on the London/Kent border and considers herself lucky to have the best of both worlds, with the delights of the capital close at hand and the peace and tranquility of the countryside a mere stone’s throw away. 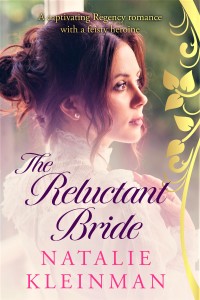 Charlotte, the elder of two sisters, is obliged to obey her father and marry a man some years her senior. With no choice, she decides to make the best of things, but everything changes when her husband, the Earl of Cranleigh, is killed in a riding accident only six weeks after the wedding. Free of her tyrannical father and released from a loveless marriage, Charlotte takes her destiny into her own hands insofar as the times will permit. Resolved never again to marry where she does not love, she forges her way in a man’s world.

Our countess enjoys the freedom her status has given her but when it seems her sister is about to marry she realises she will be alone once more. Is that what she really wants? One of her suitors is arrogant – insufferable is the word she uses – and she feels uncomfortable in the presence of another. Will she continue to embrace her single state or will someone win her heart and hand?

The Reluctant Bride is a historical romantic tale set in Regency England. This coming-of-age novel has a strong female lead and a love story at its heart.