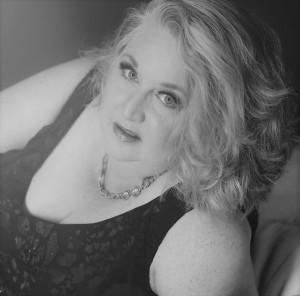 Please welcome Lynda R Edwards, author of Friendship Estate. Lynda, what was the inspiration behind your book? Can you tell us a little about it? –

I have never believed in mysticism, but being born and raised in Jamaica, I have a healthy respect for it. I think 2020 was a year that allowed for many ‘visitations.’ This book was not the book I set out to write, but it seemed to be guided by my ancestors. It was the strangest thing. I was in the middle of writing another book, and I couldn’t do it. FRIENDSHIP ESTATE captured my imagination and would not let go. My brother inherited the family bible with eight generations of recorded births and deaths in Jamaica when my father died. Thomas Finlason made the request the story opens with to Dr. Duncan Robertson, his physician. Upon his death in 1786, Thomas asked Dr. Robertson to marry his wife Anne Lutman, whom he left Friendship Estate. Anne and Duncan married in 1787 and ran the Estate together. Thomas’ nephew, William Finlason, who was 21 at the time, inherited enough from his uncle to buy Mount Zion. The first chapter of my book is loosely based on Thomas’s will. I wrote the first draft of the book and sent it to my brother. He said I had something, and if I read this book, JAMAICA, AS IT WAS, AS IT IS, AND AS IT MAY BE, then I could really add some context.

You see, that book was written in 1835 by my great, great, great grandfather, Bernard Martin Senior. I got chills. From the perspective of anti-slavery, anti-bigot, and anti-racism, reading his book was excruciating.  I realized I had to read his book carefully to understand the mind of the writer. Listen to his words while trying not to interpret his tone. “That slavery is a curse, none will deny; nor would any mortal, possessing a spark of humanity, degrade himself by advocating the policy, propriety, or necessity of its continuance,” councils Mr. Senior.

But dear Bernard was a pragmatist. He understood that if the institution of slavery did not end correctly, it would plunge Jamaica into a cycle of violence and poverty that it would not recover from.  It was botched; colonialism’s last stand led to poverty, decline, resentment, and despair. But it is with Bernard’s words that FRIENDSHIP ESTATE found its voice.

Friendship Estate was my COVID baby.  I started it in May and completed the final draft in mid-November of 2020.  It was published in December 2020.  I started the editing process at the end of September. I had four people read it, my tribe of collaborators and editors. One person edited it for grammatical and other such errors, my writing better half, George Graham. My brother edited the content because his research into our family history in Jamaica planted the seed for this book in my imagination. Then it went to my BFF, Aurora Ehrman, who tightened it up. She is fantastic; she speaks six languages and doesn’t ever waste a word in print. The last person to read it before publishing is my husband, Timothy Edwards.  He is and will always be my last word.

The book is set in colonial Jamaica, so writing about slavery was very difficult, the sheer brutality of it, but the hardest thing to write was the abuse of the women in the book.  No woman can say she has gone through life without being sexually challenged in one way or another, and we learn to cope with it, but writing about it is like picking at a scab.  I had to get up and walk away a couple of times.  When I finished the book and looked at the progression of the characters in the book, I realized that the abuse they suffered helped to empower them, and they turned that anger and hate into a love and dedication so strong it tore through the hearts of men and broke the back of slavery.

What was truly heartbreaking to me was the realization that everything in the book could have actually happened. All the mechanisms were in place, but the collective will was not, and we are seeing the result of that today.  As I say in the book, “But it is a message that will come crashing through their fortified doors and steal their precious way of life, if not heeded.”

I found my writing voice late in life, after my 50th birthday. I wrote my first novel, Redemption Songs, in 2019 after a reoccurring nightmare found a voice. My first book was so well received, I was inspired to keep writing.  During the pandemic, I poured the fear, turmoil, and uncertainty I felt into my second novel, Friendship Estate. I found great satisfaction in writing books that readers found not only entertaining but meaningful. So, I write for the people who have faith in the power of redemption, love, and humanity.

A long and arduous learning curve. I ended up self-publishing for several reasons, the main one being I couldn’t find anyone to publish my books. I did some research. I found a reputable company to design the cover and format the book.  Then I found a reputable distribution company.  I joined the Romantic Novelists’ Association, where I found a master class in knowledge and experience and people of like mind, willing to share their writing ups and downs. Writing can be a lonely journey, stuck in the bad neighborhood that is your mind all day, but with the encouragement, I found at the RNA, my bad neighborhood found a couple of comforting homes I could visit from time to time.

Then I went to work on marketing the book to family and friends. Caribbean writers are a niche market. Even though there are roughly ten million West Indians living on the islands and another ten million in the Diaspora, I could not find one literary agent or publisher of Caribbean fiction books in Jamaica, Trinidad, the United States, Canada, or England. This is an untapped market that is just out there floating on a life raft in the middle of the Caribbean Sea, waiting to be found.

Now that I have let the flood gates of my creative mind open, the flow of ideas is constant.  I am currently working on a book about Cuba. The premise is that the island of Cuba sits on the lost city of Atlantis. The conflicting powers of communism/fascism and capitalism are locked in a battle for a precious resource now under the sole control of Fidel Castro.  Then I want to write a prequel to my first book, Redemptions Songs, called the Road to Redemption, and possibly do something with one of the characters in Friendship Estate, Queen Nandi of the Maroons. The Jamaican Maroons were slaves who escaped during the Spanish occupation of Jamaica fled to the island’s interior.  Refugee enslaved people continued to join them through the decades until the abolition of slavery in 1838. During the late 17th and 18th centuries, the British tried to capture the maroons because they occasionally raided plantations and made expansion into the interior more difficult. They finally settled with the ferocious group by treaty in 1739 and 1740, allowing them to have autonomy in their communities in exchange for agreeing to be called to military service and negotiating their independence in exchange for helping to hunt down other enslaved people who escaped. “The Maroons are the forerunners of Jamaican independence and the independence of spirit,” says Harcourt Fuller, a Georgia State University. To this day, their land is Sovereign territory protected under the 1738 treaty.  They are arguably the first free black people in the Western hemisphere, even before the Haitian revolution, so I would like to explore this in more detail because it is evident, in Jamaica at least, that colonial society was far more complex than we were taught in history.

Lynda Edwards was born in Mandeville, Jamaica, in 1967, the beginning of a turbulent time in Jamaica’s history. The island had just gained independence from Britain, with the colonial class and color divisions still firmly in place. The economy was in free fall as communism and capitalism battled for supremacy by destabilizing the government, encouraging violence, and exerting tactical financial control. She came of age during these times. Her playground extended from Mandeville to the beaches and small villages of the South Coast and the island’s capital, Kingston.

Eight generations of her family are buried on the island. Roots so deep in the Jamaican soil that they will bind her heart and soul forever to her island in the sun, no matter how far afield she may go. Even though she has lived in the United States for decades, Jamaica still holds her navel string, a pull deep in her soul that begins as a low drumbeat growing stronger and louder until she returns to the island of her birth.

Lynda now lives in Orlando with her husband of twenty-five years…who still says she is his most expensive souvenir. 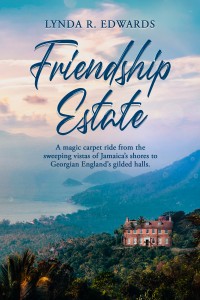 Articles I have written for Jamaicans.com –  https://jamaicans.com/?s=lynda+edwards.