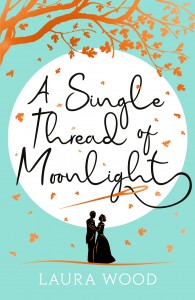 We are delighted to welcome Laura Wood to the blog today to talk about her upcoming young adult historical romance, A Single Thread of Moonlight. Previously nominated for a RoNA Award for A Sky Painted Gold, Laura’s new novel has been billed as a “Cinderella story for the Bridgerton generation”. (Yes, please!) Laura, what attracted you to young adult (YA) historical fiction? What made you want to write for teenage readers?

I am really interested in the liminal moment of young adulthood, that moment when you’re on the cusp of leaving childhood behind and stepping into the adult world. I love the idea of becoming, and I’ve always been a huge fan of coming-of-age stories. When you’re 17/18, you’re trying to find your path and your place in the world, and as a writer that offers such an interesting starting point for a character. With romance novels in particular I think it provides something beautiful – the idea of first love, the way you feel your feelings as a young adult: in technicolour. The historical element came naturally because I’m a huge historical lit fan, particularly historical romance, and it felt like there wasn’t a lot of that available to YA readers.

Most of your previous novels take place in the late 1920’s and early 1930’s, but your new release, A Single Thread of Moonlight, takes place in the 1890’s. What made you decide to tackle a new time period? What interested you in the 1890’s in particular?

I had written three books set in the late 1920’s/early 1930’s and it was so much fun, but it felt like time for a new challenge. I have a PhD in Victorian literature, and had always wanted to write something set during that period. I decided to set the book specifically in 1899 because I loved the idea of it being right there on the turn of the century, another moment of transition during a broader period of wild change.

What’s a time period you’d like to set a book in, but haven’t had the chance yet? Is there any moment in history you’re dying to tackle in the future?

I definitely, definitely have a regency romance in me. They’re my favourite to read and so I’m certain I’ll want to tackle that soon!

What made you choose to write a Cinderella retelling? What were the challenges (and perks!) of writing a fairy tale retelling?

I’ve always been obsessed with the story of Cinderella. It was my favourite fairy tale as a child; my life changed when I saw The Slipper and the Rose when I was about eight years old! I loved anything Cinderella — whether that was Drew Barrymore in Ever After or Gail Carson Levine’s brilliant book Ella Enchanted, I loved them all. The fairy tale structure was a real gift to me as an author. It helped me a lot with the structure, because I knew I wanted to hit some of the key moments of the fairy tale, and that I wanted the story to be built around three balls. I also loved the fact that the story was populated with complex female characters: Cinderella, her step-mother, her step-sisters, the fairy godmother. One of the challenges was working out how to make those characters as rounded and interesting as possible. It was all a lot of fun!

You were nominated for a RoNA for your YA historical romance A Sky Painted Gold. How did you feel when you learned you’d been shortlisted?

I can’t really describe it. I absolutely devour romance novels and so to be on a shortlist – and then in a room – with writers I admire so much was genuinely a dream come true. I also knew that my all-time heroine, Eva Ibbotson, won a RoNA in 1983 and it felt like such a lovely connection to her and an organisation that has been doing so much for such a long time.

What makes a swoon-worthy hero? And, more specifically, what makes A Single Thread of Moonlight’s hero, Nicholas Wynter, especially swoon-worthy?

Ooh, lots of things! Nick is sort of my ideal romance novel hero – sardonic, handsome, sharp, and intelligent, with a lot going on under the surface. I think the most attractive thing about him is the way he sees Iris, the heroine of the novel. He understands her, and he admires her. He wants to support her rather than stifle her, she feels seen and known by him. I think that’s very swoon-worthy!

Definitely swoon-worthy! What advice would you give to aspiring authors?

Unfortunately the only advice I have is the advice I have to give myself constantly: just sit down and write. It’s so easy to put it off, it’s so easy to tell yourself your writing isn’t good enough or that this isn’t going anywhere (I do this all the time!), but the truth is you will simply never know if you don’t try. Words will come out and they will be awkward and clunky, but they will exist. And as soon as something exists, you can start to make it better. Persevere! 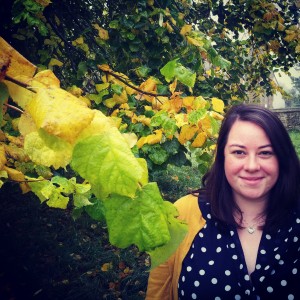 Laura Wood is a bestselling author whose first novel won the Montegrappa Scholastic Prize for New Children’s Writing in 2014. She writes mainly for children and young adults. She also has a PhD in nineteenth century literature from the University of Warwick. Her middle-grade novels have been shortlisted for the Sainsbury’s Children’s Book Awards and the Blue Peter Book Awards, while her YA novels have been shortlisted for the YA Book Awards, the Books are My Bag Awards, and the Romantic Novelists’ Association Awards. Her books have been translated into lots of different languages and she’s lucky enough to have readers all over the world. Laura lives in Warwickshire with her husband, and their dog, Bea. Her favourite things are: Georgette Heyer novels, Cornwall, Fred Astaire films, cups of tea, Parks and Rec, travelling to far flung places, fancy cocktails, recipe books, poetry, doughnuts, Eva Ibbotson, cosy woollen cardigans, Ted Lasso, crisp autumn leaves, being near the sea, Jack Gilbert, scented candles, new stationery, Rufus Sewell’s cheek-bones, and drinking lashings of ginger beer.

About A Single Thread of Moonlight

Iris Grey’s childhood was idyllic … until her father remarried. Iris’s new stepmother and two stepsisters were cold-hearted schemers, and when her father dies in mysterious circumstances, Iris knows that something is wrong. Far too spirited to be forced into a life of servitude, she runs away to London. When she crosses paths with handsome, clever, and cold Nicholas Winter, Iris realises that this is her moment for revenge. Together they plot the downfall of their enemies – but the pair begin to find they have more in common than a desire for justice.

Will their spark burn bright or will it be extinguished in the flames of their ambition?

Laura was talking to Victoria Chatfield. 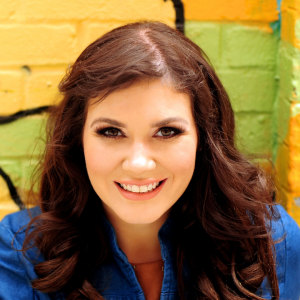 Victoria Chatfield originally hails from New York where she worked as a social media manager in the fashion industry. While she started out as a ghostwriter for magazine editors, she’s now a member of the NWS, writing romantic suspense and psychological thrillers. (She loves the really bad boys.) Find her on Facebook and Twitter at @vavazquezwrites.