This month, we’re shining a spotlight on the 2021 RNA Industry Award nominees. Indie Champion of the Year recognises a person, group, organisation, association or company (such as a podcaster, promoter or advisor) who has made an outstanding contribution to indie romance publishing. 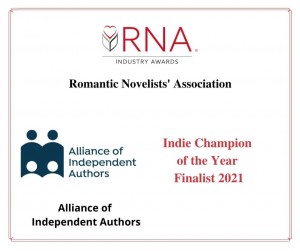 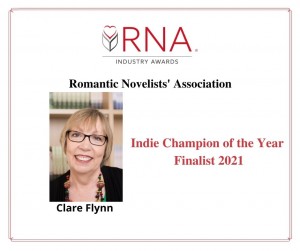 Clare Flynn
Clare Flynn is the award-winning author of fourteen historical novels (twelve indie and two published by Canelo) and a collection of short stories. A former International Marketing Director and strategic management consultant, she is now a full-time writer. Having lived and worked in London, Paris, Brussels, Milan and Sydney, home is now on the Sussex coast where she can gaze at the sea from her windows. An avid traveller, her books are often set in exotic locations. Clare is a Fellow of the Royal Society of Arts, a member of The Society of Authors, ALLi, and the Romantic Novelists’ Association. When not writing, she loves to read, quilt, and dream about travelling again.
Facebook: Clare Flynn
Twitter: @clarefly 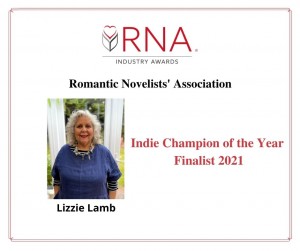 Lizzie Lamb
Lizzie Lamb’s first literary love has always been romantic fiction, and she has always wanted to be a writer. After a 34-year teaching career, she has been ‘living the dream’ happily ever after. As a member of the Romantic Novelists’ Association (RNA), she has been co-running the Leicestershire & Rutland Chapter – Belmont Belles and Beaux – for fifteen years. Almost ten years ago, she co-founded an indie publishing group – New Romantics Press – with three other RNA members and to date they have published a total of 15 books between them, many of which have won awards for romantic fiction. Lizzie has independently published six novels so far, two of which were shortlisted for the Exeter Novel Prize, and two others were Number One in their genre on the Amazon book charts. A firm believer in waving the flag for romantic fiction wherever and whenever she can, Lizzie has hosted author events, held charity lunches, raised funds for LOROS & Mind, and has made a number of appearances at fiction events. In addition, she also co-ordinates workshops on indie publishing, was one of the first full members of the ‘Independent’ arm of the RNA, and she presents an annual ‘State of Indie Publishing’ lecture to final year Creative Writing students at De Montfort University in Leicester.
Facebook: Lizzie Lamb
Twitter: @lizzie_lamb
Instagram: @lizzielambwriter 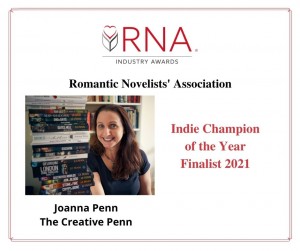