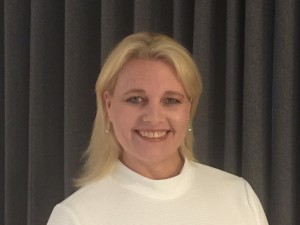 AnneMarie was born in a small town in N.S.W. Australia to English parents from Yorkshire. Living in England during the 1980s and more recently, AnneMarie developed a love of history from visiting grand old English houses and this grew into a fascination with what may have happened behind their walls over their long existence. Her enjoyment of visiting old country estates and castles when travelling, and her interest in genealogy and researching her family tree has been put to good use, providing backgrounds and names for her historical novels which are mainly set in Yorkshire or Australia between Victorian times and WWI. She lives near Bowral in the Southern Highlands, NSW.

She commented, “I am utterly delighted to be shortlisted for this award. I have been a member of the RNA for many years and to have one of my novels shortlisted is an amazing result, especially when I am with such fantastic authors. I am so thrilled!” 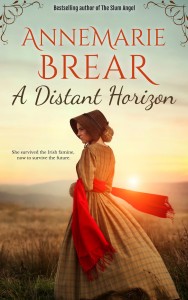 Ellen survived the Irish Famine. Can she survive the future in a strange land? Or has she made the greatest mistake of her life?

Karen Dickson – A Songbird in Wartime 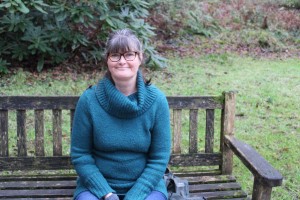 Karen has been writing stories since she was a child and her ambition was always to be an author. After working in many different jobs, including nine years at her local WHSmith, she was fortunate enough to be taken on by an agent. She now works part-time as a dog walker which allows her the flexibility to indulge her passion for writing. She lives in North Dorset.

She commented, “When I received the email telling me I’d been shortlisted for the Romantic Saga Award, I was taken completely by surprise. I hadn’t even known I’d been nominated. I had to read the email several times before it sunk in but after that I felt so excited. The difficult part was not being able to tell anyone. Even now, I still have to pinch myself. Just three short years ago I was doubting I’d ever have a book published, so being shortlisted for this award is absolutely amazing and I’m so grateful to my agent, Judith Murdoch, and my publishers, Simon & Schuster, for taking a chance on me.” 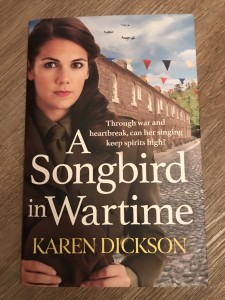 Mansfield House Hotel has been a refuge for Emily since she was orphaned at 16. Not only did they give her employment, but it’s also where she met her fiancé, Tom. When a theatre agent hears Emily sing, he is determined to make her a star. But knowing she would never leave her fiancé, he hatches a plan to get her away from Tom. Six years later, Emily has made a name for herself. Her love for Tom is as strong as ever but she hasn’t heard from him since that fateful night so long ago. And with the world enveloped in war, it seems unlikely the two will ever meet again. Will Emily and Tom find their way back to each other? Or will the war, and Roland, keep them apart? 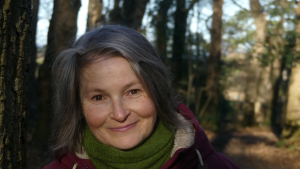 Rosie lives by the sea in North Norfolk with her husband and children. A former teacher and research scientist, she started off writing short stories for magazines, her stories gradually becoming longer as her children grew bigger. She writes uplifting, heart-warming historical fiction based on true events from our social history. Listening to her father’s tales of life during the Second World War sparked her interest in this period and she loves researching further, seeking out gems of real-life stories which inspire her writing. 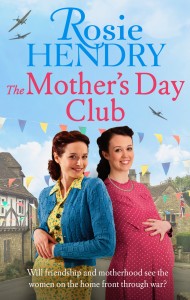 Norfolk, 1939. When the residents of Great Plumstead, a small and charming community in Norfolk, offer to open their homes to evacuees from London, they’re expecting to care for children. So when a train carrying expectant mothers pulls into the station, the village must come together to accommodate their unexpected new arrivals . . . Sisters Prue and Thea welcome the mothers with open arms, while others fear their peaceful community will be disrupted. But all pregnant Marianne seeks is a fresh start for herself and her unborn child. Though she knows that is only possible as long as her new neighbours don’t discover the truth about her situation. The women of Great Plumstead, old and new, are fighting their own battles on the home front. Can the community come together in a time of need to do their bit for the war effort? 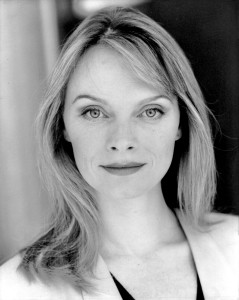 Elizabeth was born and raised in Liverpool where she spent her formative years shuttling between church and convent school and Northern Working Men’s Clubs playing her piano accordion. She trained at The Guildhall School of Drama and worked as an actress. She was a member of The Royal Court Young Writer’s Group and has written for TV, film, theatre, and BBC Radio 4. She became a novelist after winning several short story competitions and has found her writing home in romantic sagas. Her fourth Liverpool saga is published this year by Pan Macmilllan.

She commented, “It means so much to have been shortlisted for this prestigious award. I had been writing scripts before I became a novelist but it was coming runner up in the Trisha Ashley Short Story Award that brought me to the RNA and the career change to writing romantic sagas. I will never forget walking into the RNA Christmas Party and feeling so excited to find myself in a room packed full of intelligent, driven, funny, creative women (and some men, too!) I felt re-energised and that the world was full of writing possibilities. That if I had a good story – in my case a story I would so often have heard about from my large and extended Liverpool family – it would find a home. I feel so fortunate to have found a genre I love more than any other and to be in the company of my fellow romantic saga shortlisters and those before me.” 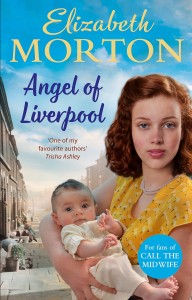 There are different opinions as to what happened to Evangeline O’Leary’s mother. Evie’s younger sisters believe the story that she’s in heaven. But Evie has heard the gossips – that her ma has upped and left with the man she had an affair with while her dad was fighting in the war. As the eldest, Evie has become ‘mum’ to her three siblings, all while holding down a job at the Tate & Lyle Sugar Factory. But when her childhood sweetheart leaves for Canada, he leaves Evie with more than just a broken heart. Her father agrees to keep the pregnancy a secret but is determined to marry her off to the first hapless fellow who’ll have her. Evie doesn’t want a loveless marriage like her parents but how long can she keep her baby a secret from her neighbours and the nuns who run the local home for unmarried mothers? 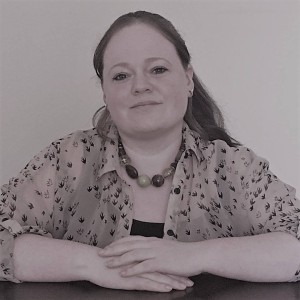 Mother-of-three Emma lives on a tight-knit working-class estate in Bolton. Before pursuing a career as a novelist, she had a variety of jobs, from care assistant for the elderly to working in a Blackpool rock factory. Emma’s books are gritty historicals set in Victorian and WWII Bolton and Manchester, which she began writing after researching her family history. The colourful folk she unearthed gave her plenty of inspiration; like the characters in her novels, many generations of her family eked out life amidst the squalor and poverty of Lancashire’s slums.

She commented, “I’m shell-shocked – it’s the last thing I expected! That it’s for my very first WWII book, too, makes this all the more exciting. I’ve been writing Victorian novels for a number of years now, and branching into another era was a little daunting, but I’m so glad I took the plunge and that people are enjoying my efforts. Such a relief!”

Janie and her husband James have a strong, loving marriage. A move from an inner-city slum to a peaceful new estate outside of Bolton should have been a fresh start for them and their three children. But when war is declared and James announces he has signed up, Janie fears it’s the beginning of the end. Waving goodbye to their menfolk is a sacrifice that families are making all over the country and Janie does her best to make do, forging friendships in her new community. But when James comes home on leave a traumatised and desperate man, then goes AWOL, Janie’s heart goes out to him. Determined to keep him safe, she plans to hide him in their new house. But how long can they keep the secret, and what threats lie ahead if they’re found out?