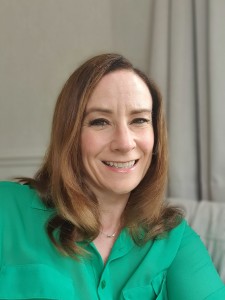 Sefton novelist, Jessie Wells, is a contender for the Romantic Novelists’ Association’s (RNA) annual Joan Hessayon Award for 2022 with her novel, The Good News Gazette. The award is for authors whose debut novels have gone through the RNA’s New
Writers’ Scheme and are subsequently accepted for publication.

Jessie Wells is the pseudonym of Rachael Tinniswood, who lives with her husband and two children in Merseyside. She has always written in some form, and previously worked as a journalist on the Liverpool Echo and Sunday Mirror before going on to freelance for various national women’s magazines and newspapers. Her career has recently taken her in a different direction, but she is still a committed writer and loves nothing more than getting lost in her imaginary worlds, which are largely filled with romance, communities bursting with character
and a large dose of positivity.

She commented, ‘I’m absolutely thrilled to be a contender for such a prestigious award. The RNA has been such an important part of my journey to publication and I am immensely grateful to all those involved who work so hard to support authors like myself. The Good News Gazette was written during the first lockdown, at a time when real life was scary and disappearing into an imaginary, safer world provided a much needed source of comfort. We may be well out of lockdown, but I hope that The Good News Gazette will continue to uplift and reassure readers as it did for me when I was writing it, reminding us all that there’s a lot of good out there and that we don’t need to search too hard to find it.’

Melissa Oliver, the organiser of the Joan Hessayon Award (and winner of the award in 2020), commented, ‘As a previous winner, I know first hand that this prestigious award champions and recognises newly published authors who have graduated from the RNA’s fabulous New Writers’ Scheme. It’s a fantastic achievement and this year the depth and variety of the books up for the award are a testament to the continuing appeal and popularity of romantic fiction and all its
subgenres.’ 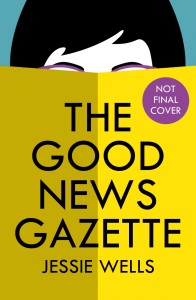 ABOUT THE BOOK:
(Publisher: One More Chapter)
Tired of constant bad news in her community, disillusioned journalist and single mum Zoe launches a newspaper with a difference it only reports on good news. But when the very heart of the town is threatened, she has to decide how far she will go to gene
rate positivity.