Anne Dover – Finalist in the Narrator of the Year category 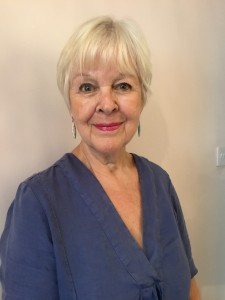 York audiobook narrator, Anne Dover, is a finalist in the Narrator of the Year category for the Romantic Novelists’ Association’s annual Industry Awards for 2022. The awards celebrate the hard work and talent of any person, group or organisation who has championed the broad genre of romantic fiction in a positive way.

Anne has been narrating audiobooks for over 30 years, and has now recorded a total of around 1500 titles. She says she loves the job, especially when the lovers get together. Sometimes she’s moved to tears when tragedy strikes and in becoming the characters, shares all the emotions.

She commented, ‘It is a great honour to be recognised in this way. We narrators never get to see our audience, so it’s lovely to know that our performances are appreciated, and a thrill to be shortlisted.’

The winners of the ten awards will be announced during the Romantic Novelists’ Association’s Winter Party and Industry Awards ceremony, which is being held at the Leonardo Royal Hotel London City, 8-14 Cooper’s Row, London EC3N 2BQ, on Friday 11th November 2022 at 6.30pm