Helen McAlpine – Finalist in the Narrator of the Year category 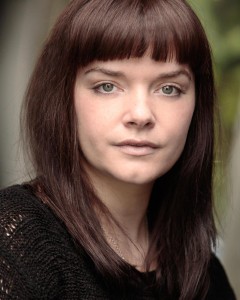 South Lanarkshire audiobook narrator, Helen McAlpine, is a finalist in the Narrator of the Year category for the Romantic Novelists’ Association’s (RNA) annual Industry Awards for 2022. The awards celebrate the hard work and talent of any person, group or organisation who has championed the broad genre of romantic fiction in a positive way.

Helen, who lives in Biggar, graduated from Queen Margaret University College, Edinburgh, in 2001 and since then has worked extensively in theatre, television, radio and voice over. Her recent credits include Peaches and Mama Jones in Netflix’s animated series Ridley Jones (UK edit), and Pinkie, Boo Whale, Black Cat and Ruby in new animated series Mumfie. She is married to a lovely man with a fantastic beard and lives happily with their two children and two dogs near the Scottish Borders.

She commented, ‘I’m absolutely delighted to be shortlisted for this award. Recording audiobooks is a great pleasure of mine, finding the characters and telling their stories and making them as honest and truthful (and funny) as they can be is hugely rewarding. I’m genuinely over the moon to have been nominated and to have made the shortlist is a real honour.’