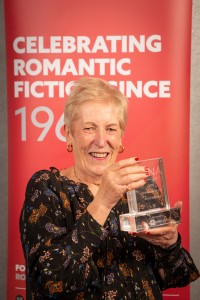 Anne Williams is a book blogger and reviewer, sharing her reviews of the romance and women’s fiction she loves in all the most important places, including on her website Being Anne. The blog is now approaching ten years old, and has almost 12,000followers. She lives in Wetherby in Yorkshire, and took early retirement a decade ago intending to spend her time doing everything she enjoyed, including reading and reviewing as many books as she possibly could, and indulging herself with exotic holidays. Life didn’t quite work out as expected, when she became carer for her late mother; the travelling might have had to stop for a while, but nothing could possibly come between Anne and her reading. In recent years,Anne has developed a passion for Nordic walking, and can often be found exploring theYorkshire countryside with her poles in hand. Her blog won the Best Pal award at the AnnualBloggers’ Bash for three years running, and she was delighted to win the RNA’s Media Star of the Year award in 2019.Quote from Anne:‘Spreading the word about the very best of romantic fiction has been my absolute pleasure for almost ten years now-to be recognised for it, and to receive such a prestigious award, was an absolute honour and a very special moment. My thanks to the wonderful RNA, and to their body of talented authors who write the books I unfailingly enjoy.’

Sue Moorcroft, Head Judge for the Industry Awards, also congratulated Clare. ‘With such a wonderful set of shortlists it was always certain that the judges of this year’s Industry Awards would return an outstanding list of winners. Choosing between excellent candidates was an exacting task and I enjoyed being a part of the stimulating discussion around each and every nomination. My thanks to my fellow judges for the hard work and detailed research that went into the selection process, and to Laura James and Melanie Griffiths from the RNA for their efficient organisation. They made my job easy. Most of all – congratulations to the winners of these wonderful awards!’