Home About the Association

We are a professional body primarily for writers of romantic fiction. We also welcome publishing professionals, booksellers, book reviewers and writers in other media as associate members.

The RNA has around 1000 members, including writers across the spectrum of commercial and women’s fiction, and we host events across the UK. The association organises the UK’s leading awards for excellence in romantic fiction, and hosts a range of workshops, talks, networking events, and a three-day annual conference.

We’re passionate about creating an inclusive RNA that promotes and values diversity. Romantic fiction portrays all types of people. We’re on a journey to ensure the RNA does too. Be kind. Be you. We write better that way. Join us at the RNA. If you have any request for how we might adjust our activities for you, please let us know.

Click here for more information on how to become a member.

Romance is everywhere in fiction. From stories that focus entirely on the developing relationship between two people, to fiction that shows a budding romance as one part of the hero or heroine’s journey, and into books that focus on long-standing relationships weathering storms – romantic fiction is a publishing powerhouse that reaches millions of readers every year.

Romantic fiction can offer escape from the harder moments in life, and hope for a brighter tomorrow. It can reflect our own relationships back to us, and challenge our pre-conceptions about what love looks like. It could be boy meets girl, girl meets girl, or boy meets alien – romantic fiction explores and celebrates love in all its messy, unexpected, improbable, imperfection.

In the UK, in the first half of 2017, a romantic novel was purchased every two seconds. That’s a lot of talented writers and a lot of enthusiastic readers. The RNA supports authorship of romantic fiction and aims to raise the prestige of the genre, celebrating the joy and fulfilment that romantic fiction brings to readers in the UK and around the world. 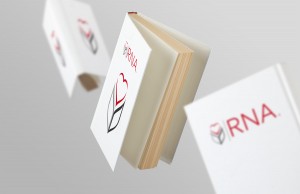 The Romantic Novelists’ Association was founded in 1960 to both celebrate, and demand respect for, romantic fiction. Founder members included Denise Robins, Barbara Cartland, Elizabeth Goudge, Netta Muskett, Catherine Cookson and Rosamunde Pilcher. The first President of the Association, Denise Robins, noted that although romantic fiction gave great pleasure to many readers, the writers almost felt they had to apologise for what they did. The RNA was going to put a stop to those apologies and, instead, celebrate and promote romantic authorship.

Since 1960 has RNA has awarded prizes to the best in romantic fiction , and has nurtured new writing through the New Writers’ Scheme.

In 1966, an early Vice President of the association, Elizabeth Goudge, commented that, ‘As this world becomes increasingly ugly, callous and materialistic it needs to be reminded that the old fairy stories are rooted in truth, that imagination is of value, that happy endings do, in fact, occur, and that the blue spring mist that makes an ugly street look beautiful is just as real a thing as the street itself.’

You can find out more about the history of the RNA in our book, Fabulous at Fifty. 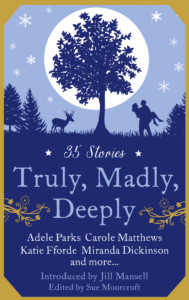 From wedding days to special anniversaries, steamy one-night encounters to everlasting loves, Truly, Madly, Deeply takes you on an unforgettable romantic adventure where love really is all you need.

This collection brings together all-new specially selected stories from star authors from the Romantic Novelists’ Association, including international bestsellers Adele Parks, Katie Fforde, Carole Matthews and Miranda Dickinson, and many, many more and is edited by Sue Moorcroft.

The perfect indulgence to curl up with, Truly, Madly, Deeply is the ultimate romantic treat! 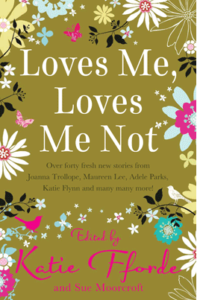 Loves me, Loves Me Not

With over forty stories to choose from, this fabulous collection has something for everyone – from bittersweet holiday flings to emotional family weepies; from fun chick-lit tales to Regency romances – Loves Me, Loves Me Not is a true celebration of the very best in romantic fiction. 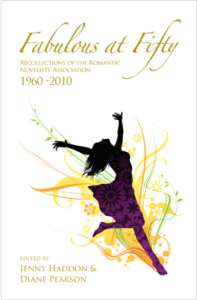 Fabulous at Fifty is a series of reminiscences by members, and extracts from the RNA archives, charting the humour and heartbreak, the hard work and the honours of the past 50 years.

For enquiries about membership of the RNA please contact rnamembership@romanticwriters.co.uk

For all other enquiries please contact our Admin Assistant (info@romanticwriters.co.uk)

The RNA is governed by a Board of Directors. Our current Directors are listed below:

Jean joined the NWS in 2003, became a full member in 2006 and has published twenty books. She has served on the RNA committee for six years and oversaw last year’s review of the RNA. She hopes to finish her current book by September and have a quieter 2022/23.

Andrea is a member of the New Writers’ Scheme. She writes romantic fiction under the name of Lily Watson. Her career is in the Diversity and Inclusion sector. She has worked in education, NHS and social care.

Lisa is an author of fourteen books under numerous pen names, as well as a professional graphic designer. She has been a member of the RNA since her debut was published in 2016. As well as being a member of the board, she is also responsible for the organisation’s website.

Clare is the author of fourteen historical novels. She has been a member of the RNA since 2015, has served on the committee since late 2019 and as a director since 2021. As well as being responsible for Member Services, Clare initiated the recent external review.

Annette’s background is in marketing and she’s served on the RNA Committee for three years as Press Officer. She graduated from the New Writers’ Scheme in 2020 after four years and she’s about to have her fourth romcom published with Orion Dash. Her hobbies include reading, book blogging and travelling.

Sharon is the Romantic Novel of the Year Awards Coordinator for the RNA, which means she gets to talk about books with people who love them. She is an author and lives in London with her family. In her spare time, she likes to read, drink wine, and write short autobiographies like this for magazines.

Laura is married with two adult children and lives in the inspirational county of Dorset. She is a graduate of the RNA New Writers’ Scheme, and is the RNA’s Industry Awards Organiser. Her short story Bitter Sweet appears in the RNA anthology, Truly, Madly, Deeply. Laura is a writer with disabilities.

Sue has so far written 26 Regency Romcoms as Virginia Heath. She never knew about the NWS, so joined the RNA in 2015 when she got her first publishing contract. She’s been on the RNA Board since 2017, organises all their London parties and set up the new online chapters back in 2019.

Seána has significant Board experience, having served on a number of statutory, charity, and private sector boards. In her day job she manages maternity services in the Belfast HSC Trust. She has written eight historical romance novels as Catherine Tinley and has won two RoNA Awards, a Rita® Award and the HOLT medallion.

As well as our Directors, other senior volunteers are part of the wider Senior Leadership Team of the RNA. These include:

PA to the Board / RNA Event PR

Melanie is the Board’s PA, and also does Event PR for the RNA awards. Before she started working for the RNA, she was a communications consultant for FTSE-250 companies; she’s also worked as a copywriter, freelance journalist and English teacher. She’s a member of the NWS and loves reading novels.

Ali joined the NWS in 2020, writing rom-coms and contemporaries. She’s volunteered as the Committee’s Secretary for almost two years and, as her background is in conferences and events, she’s also a part of the Awards organising team. In the non-RNA world, she works part time and is a mum to four boys.

Liam is an award-shortlisted gay romance novelist. As Charlie Lyndhurst, he writes crossover mainstream romantic fiction. He lives with his boyfriend and cats. He drinks pink wine with friends. His favourite sport – of which he’s a gold medal winner – is reading a romantic novel in a long hot bath.